Harry Daniel, MM - Lest We Forget 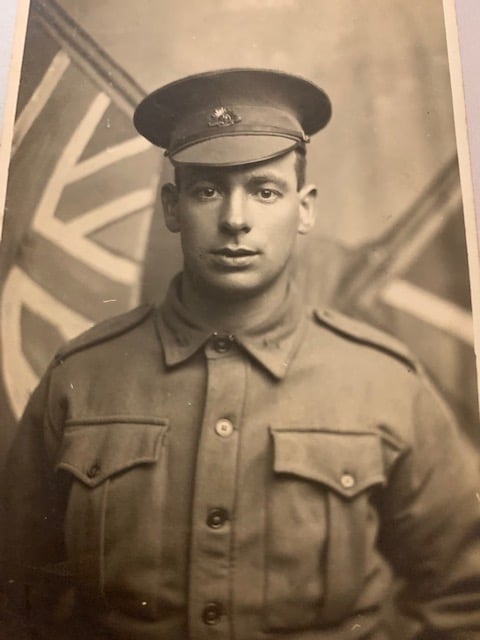 More than a decade after playing eleven senior games for Carlton in 1901, Harry Daniel enlisted to fight for his country in World War 1. Amid heroism and tragedy, he was wounded twice, won a Military Medal for outstanding bravery under fire, and was killed in action only weeks before hostilities ceased in November 1918.

Although he was born in Western Creek, near Ballarat in 1879, Harry grew up on the shores of Port Phillip Bay. He went to school in Port Melbourne, and learned to love the game of Victorian Rules with ‘The Borough,’ Port Melbourne’s iconic local VFA club. In the year of the Federation of Australia, Daniel crossed to Carlton, and was one of five first-gamers who took to the field for the Blues against Fitzroy at the Brunswick St Oval in the opening round of that season. Harry played in a back pocket while the powerful Maroons won by 42 points.

Eventually, the struggling Blues churned through 21 new players throughout that forgettable season, as the club searched in vain for a combination that could lift the team from the bottom rungs of the VFL ladder. Although he had represented the club 11 times by round 12, Harry was one of the mid-season departures when he decided that he would be happier back at Port Melbourne.

Fourteen years later, 36 year-old Daniel volunteered for active service in World War 1. After basic training, he was allocated to a draft of reinforcements for the 5th Battalion, and by April 1916 was enduring the muddy horrors of trench warfare in France. He suffered nephritis (inflammation of the kidneys) and trench feet (caused by constant immersion in cold water) in his first weeks in action, and couldn’t return to front line duty until June of the following year. While recuperating, he was given the awful news that his similarly-named nephew, Harry Gordon Daniel, had been killed in action with the 59th Battalion on 19 July, 1916 - aged just 19.

In September 1917, the Allied armies launched another offensive against the German lines at Ypres. As always, the Germans were well-prepared however, and their artillery caused enormous casualties as the attackers slogged their way through country side churned into a quagmire. At the height of this battle, Private Harold Daniel won a Military Medal for sustained bravery under fire, explained here in the official commendation.

"During the operations east of Ypres on 20 September, 1917, Pte Daniel volunteered with Pte Campbell to carry the wounded back to the rear, and with the latter, performed remarkable work. Notwithstanding the heaviest enemy shelling on the 20th and 21st, he assisted many of the wounded, regardless of personal risk."

But less than a month later, before Harry could be presented with his award, his luck ran out when a burst of machine-gun fire hit him in his left wrist and thigh. The wounds were serious but not fatal, and after treatment at a Canadian field hospital, he was evacuated to England. After six months of surgery and recuperation, he was pronounced fit to return to his unit in March, 1918.

By then, the German army was being forced back toward its own borders. In a bid to stall for time, and gain a stronger position for the inevitable surrender to come, their High Command launched one last big offensive in June. Amid some of the most desperate and close fighting of the entire war, the German attack was eventually repulsed, but at a huge cost to both sides.

Among those who made the supreme sacrifice at that time was Harry Daniel. On August 10, 1918 he was killed by shellfire during the battle of Amiens, and his body was never formally identified. One of more than 10,700 Australian servicemen of the Great War with no known grave, Harry is commemorated with a plaque at the Villers-Bretonneux war cemetery.

And as one of eleven Blues who gave their lives for their country in the 'War to end all Wars,’ we pledge that he will not be forgotten.