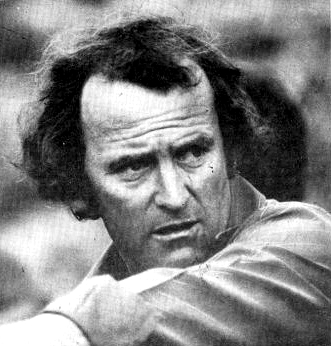 Regarded as one of the all-time greats of VFL/AFL football, Ian Harlow Stewart was a top class centreman originally from Hobart, Tasmania. He starred in St Kilda’s first-ever Premiership team in 1966, and won consecutive Brownlow Medals with the Saints in 1965-66.

In 1970, Stewart and Richmond star Billy Barrot sensationally swapped clubs - to St Kilda’s eternal regret. Barrot played just twice at Moorabbin before walking out on the Saints, while Stewart blossomed again at Punt Road, and won a third Brownlow in 1971. Two years later, he helped lift the Tigers to the 1973 Premiership in a rugged Grand Final victory over Carlton, and retired in 1975 after a widely-celebrated career of more than 200 games.

Stewart was then appointed senior coach at South Melbourne, only to resign after two seasons and switch to Carlton in 1978. Right from the start however, his tenure at Princes Park was not a happy one. During the early-season practice matches his personality and methods began to raise eyebrows, and disquiet only increased after round 1, when Richmond handed the Blues a crushing defeat by 77 points at the MCG. Afterwards, Stewart locked the press and supporters out of the rooms.

Geelong visited Princes Park the following week, and kept Carlton winless by inflicting another defeat. The pressure on Stewart increased further, before the blessed relief of a victory at last came along in round 3 and Carlton beat Melbourne by 13 points at Princes Park. The Blues’ fortunes seemed back on track – at least until early the following week, when Stewart abruptly resigned his position and did all he could to avoid the press.

In the aftermath, the club was left to fend off many questions, doggedly sticking to the excuse of “ill health“ as the cause of Stewarts demise. Details of the ailment were never properly explained, and in the broader scheme of things really didn’t matter – still, it would surely have been comforting to squash the rumours.

Reserves coach Sergio Silvagni took over from Stewart for the next three weeks in a caretaker capacity, until Alex Jesaulenko signed a new contract as Carlton’s captain-coach prior to round 7. “Jezza” then set about putting his stamp on the role, and 18 months later, stood on the dais at the MCG on Grand Final day with the 1979 Premiership Cup held aloft.

Meanwhile, Stewart had eventually recovered his health, and returned to the Lake Oval to coach South Melbourne again from 1979 to 1981. Afterwards, he took up a managerial role at St Kilda, and brought his career full circle.