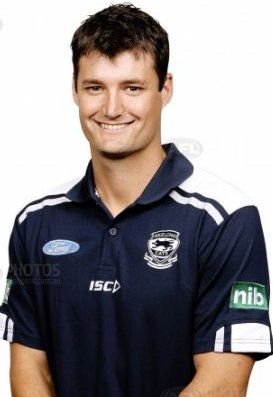 Rahilly was originally recruited from South Warrnambool via TAC Cup team the Geelong Falcons. He didn't play a senior game for Carlton.

James Rahilly was drafted by Geelong in the 1997 National Draft whereupon he later played senior grade football with the Cats.