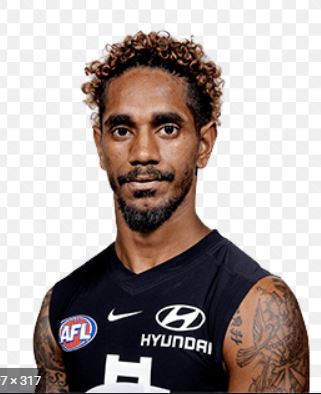 
Carlton selected former Gold Coast Suns player Jarrod Garlett with pick 78, the final pick in the 2017 NAB AFL National Draft. Originally hailing from South Fremantle in Western Australia, Garlett was drafted to the Suns with their first-round selection in 2014 at number 15. After playing 17 games and kicking 10 goals for Gold Coast, Garlett made the tough decision last year to return home and give up his AFL contract to be with his terminally ill brother. Since returning to WA his brother has thankfully made a miraculous recovery, stunning every doctor in the process. Garlett believes everything happens for a reason, with the pacy midfielder now focused on living his dream to once again play AFL. With pace, toughness and damaging skills in his bag of tricks, Carlton’s GM of List Management and Strategy Stephen Silvagni said Garlett will provide plenty of run and dash for the Blues. “Jarrod has managed to play some great footy in the WAFL after leaving the AFL system for family reasons,” Silvagni said. “He has great skills on both sides and has elite speed – so he’ll be a very valuable player.”

Garlett would make his debut in the opening round of the 2018 season in front of 90,000 spectators at the MCG, he would kick two goals on his Carlton debut and showed enough to have Carlton supporters excited with his first outing in the navy blue. A further 4 games in succession showed glimpses of form and skill, before Garlett's year descended in to one of those 'in and out' years. 11 games all up in his first Carlton year was a positive, but with competition for spots immense in 2019, Garlett will need a big year. At the conclusion of the 2019 season Garlett was delisted by the Blues.

Garlett is a second cousin of ex Blue and Melbourne's Jeffery Garlett and a first cousin of Hawthorn's 2013 draftee Dayle Garlett.