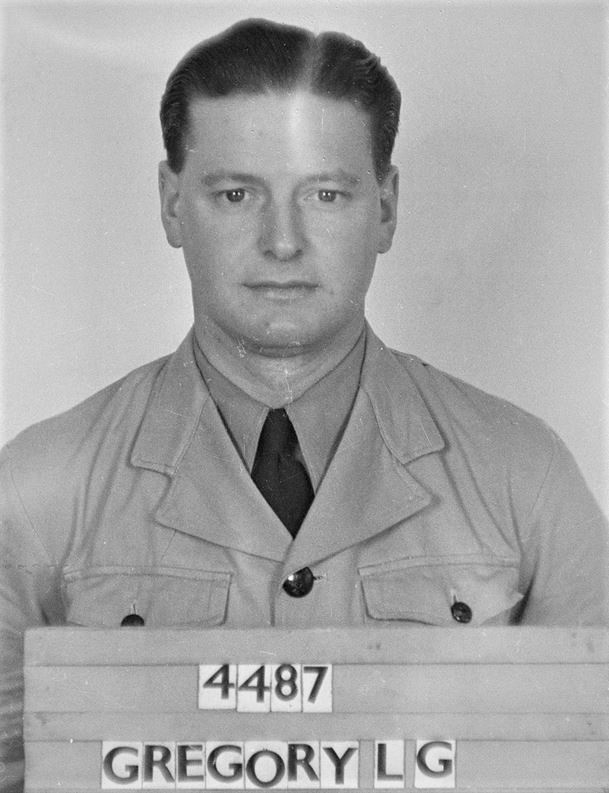 Les Gregory played two matches for Carlton – both off the bench – while serving with the RAAF on mainland Australia during World War II. Remarkably, he was 29 years old on debut, having already played with Albury, Richmond Reserves and North Adelaide on the way to Princes Park.


Les was born in Howlong, NSW in 1915 and grew up to play senior football with the Albury Tigers. When Australia became embroiled in World War II in 1939, he was already six months into an air force career that was about to take him to many parts of the country, and culminate in his promotion to Warrant Officer. Les' RAAF number was 4487

While in Melbourne early in his training, he went to Richmond for a while, and played a number of games for their Reserves. Later, he was posted to Adelaide, where he found a welcome at North Adelaide and played three senior matches as a half-back flanker in 1940.

Four years later, he was back in Melbourne and looking for another opportunity to play senior footy, when he was given his chance at Princes Park. He was 19th man on debut, in a milestone match for the Old Dark Navy Blues – round 17. 1944. Another serving member of the RAAF; Ern Henfry, also played his first game for Carlton on that Saturday afternoon when the Blues set a record and thrashed Geelong by more than 100 points. But afterwards, the careers of Henfry and Gregory headed in totally opposite directions.

Ern Henfry went on to be a Premiership captain, twice Best and Fairest, and a member of Carlton’s Hall of Fame - while Les Gregory played only once more; as 19th man against Hawthorn at Glenferrie Oval in round 2, 1945. Whether he was then posted away on Air Force duty again, or decided that VFL football wasn’t for him is unclear, but he stayed in uniform until he was finally discharged in October of that year – some two months after the war ended with the Japanese surrender.

ALBURY
"First mention must be given to Les Gregory, in the full back position. He seemed to have uncanny judgment for the ball and took marks from behind, in front, or just any old where. Les has received an appointment in the Royal Australian Airforce, and if his last game with the Tigers is on Saturday is as good as last week's game, he will be very sadly missed." (Border Morning Mail June 01 1939 p4)


"Gregory is from Auburn, New South Wales. He was invited to train with Richmond before being transferred to Parafield." (Advertiser (SA) March 20 1940 p23)
Auburn is a suburb of Sydney in the South West about 18km for the CBD. Parafield is a suburb of Adelaide 15km to the North, which still has South Australia's first airport.
Les was also a good cricketer and played A and B Grade in Albury.

Flt. Sgt. Gregory was in England in 1942 attached to RAAF HQ London. See photo in his gallery. Les played in the RAF v RAAF cricket match at Lords on September 12. There is a poor quality image of Flt Sgt. Les Gregory batting in that match (see his gallery) in the Border Morning Mail of August 01 1942 p6.
It was reported in the same newspaper on December 30 1943 that Flt.Sgt. Gregory was in New York on his way back to Australia. Les was discharged from the RAAF on October 29 1945 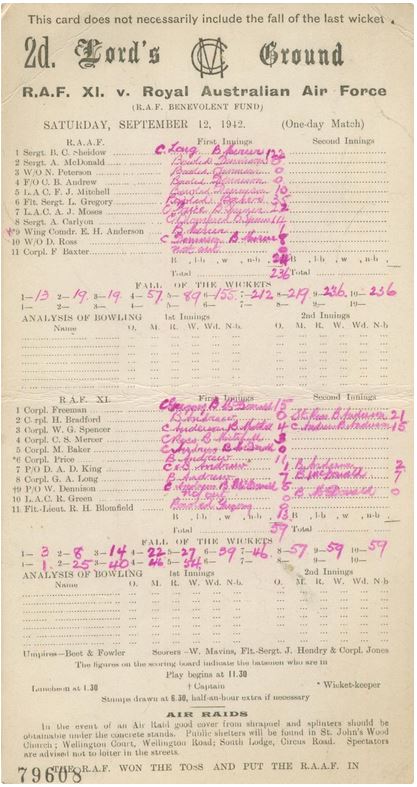