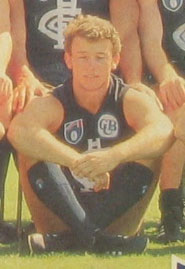 Luke Rayner was recruited from Geelong Falcons in the 1992 National Draft, he was selected at pick 61, this was Carlton's fourth pick of the draft. Rayner played in the Geelong Falcons U/18's premiership in 1992 under the guidance of ex Cat Terry Bright. In 1998, Luke Rayner headed to WAFL club West Perth where he played in a premiership. After a stellar 1999 season for the West Perth falcons, he returned to country Victoria to coach Ovens and Murray League Club Myrtleford for three seasons.

Rayner was originally recruited from Grovedale.

Note: Little League snippet on the right is from 1985. 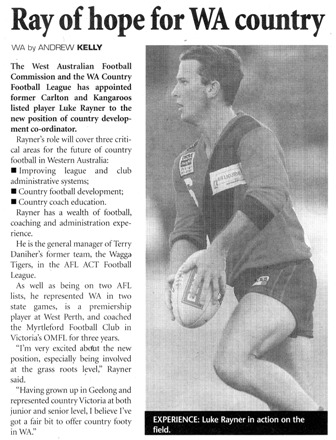