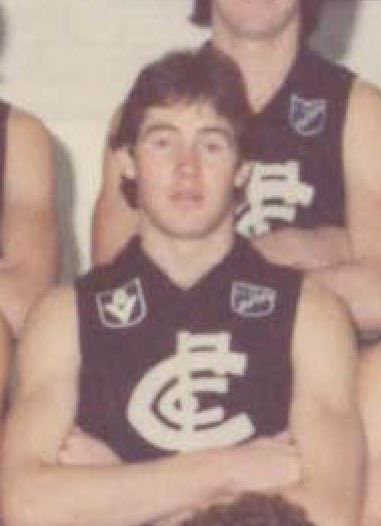 Martin Sloan, like his younger brother Bernie Sloan was a very tall and skinny ruckman. He played in the Under 19s in 1982 (in Nos. 14 & 40 and played 18 games), he also played 5 reserve games that season in No. 51. Again in 1983 he was in No. 51 and played 13 of the first 14 reserve games before being cleared to Hawthorn (due to Justin Madden's arrival at Carlton) before the end of June (clearance deadline). At Hawthorn he wore guernsey No.50 whilst playing with their reserve grade team. He headed back home to Sandhurst for the 1984 season.

He was also captain of the Victorian Under 17s Teal Cup side in 1980 and made the 1980 All Australian team Stephen Kernahan was also an 1980 Under 17 All Australian.

Sloan played in the Senior team in the 1983 pre-season Carlton vs Sun All-Stars Charity match that was to raise funds for the bushfire victims of Ash Wednesday, he wore No.57 during the match.


1984 Bendigo FL Qualiying & Elimination Finals
Eaglehawk and Sandhurst played the qualifying final on the Sunday. The cut-throat elimination final featuring South Bendigo and Golden Square was set down for the Saturday. Injuries and illness hit the four competing clubs. Northern United, which finished on top of the ladder, enjoyed the rest during the first week of the 1984 finals series. GOLDEN Square was forced to replace injured playmaker Robert Smith for the knockout clash with South. Tap ruckman Alan Patterson had been ill in the week leading up the first weekend of finals and was tipped to play at full-forward, if he played at all. Newspaper pundits of the time were confident Steve Conlin would be able to shoulder the rucking duties for the Dogs with Patterson stationed in the goal square. In the August 4th home-and-away match at the Wade Street ground, Conlin had booted the goals which mattered against the Bloods. He had landed one beauty from the Maple Street half-forward flank in the tense final quarter. Meanwhile it was expected South selectors would alternate Stephen Hoiles and Mal Balnaves in the ruck for their side. For what was termed “The Battle of the Crocks” Eaglehawk had key players Robert O’Connell and Ronnie Pangazio in doubt with ankle injuries. Sandhurst had concerns with Martin Sloan and Noel Belsar. Ruckman Sloan was struggling with a hamstring tear while Belsar was in bed with a severe winter cold. As it turned out Sloan and Belsar did not play. Andrew Douglas was a late replacement for the Hurst, but the loss of two key players plus the pouring rain which fell during the second quarter did not deter the Dragons. Sandhurst scored close to a five-goal victory over the Two Blues with Bridgewater pair Frank Coghlan and David Collins in great form. Coghlan was named as best on ground while Collins booted three goals. Paul Johnston, Tim Ledwidge and Ron Blackmore all nailed two goals. For the Hawks O’Connell and spearhead Daryl Gilmore kicked two majors. Captain-coach Jeff Fehring kicked the “point of the year” during the game. Kicking to the Barnard Street end, Fehring lined up not far forward of centre-half-back at the city end and let fly with an 80 metre bomb. The shot just missed. The Dragons led 10.11 to 7.7 at half-time but only 12.12 to 10.12 at three-quarter time. The Two blues could manage just a single point in the last term with the final scores: Sandhurst 14.18 (102) def. Eaglehawk 10.13 (73). Sandhurst’s best included Coghlan, centreman Kent Ward, ruck-rover Mark McErvale, wingman Stephen Rohde plus Greg Holl and Phil Pickering. Fehring, Brendan Keane, O’Connell, Bert McIvor and Danny Slater were in Eaglehawk’s best. 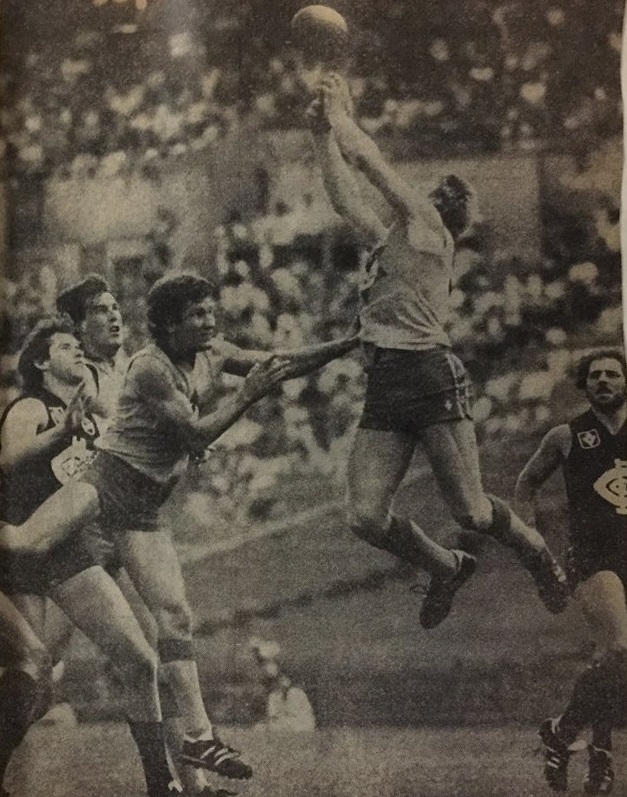 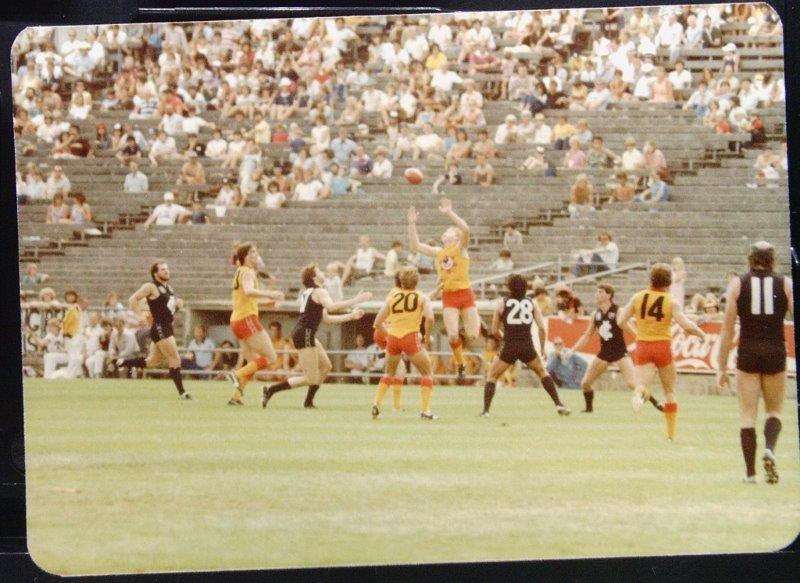 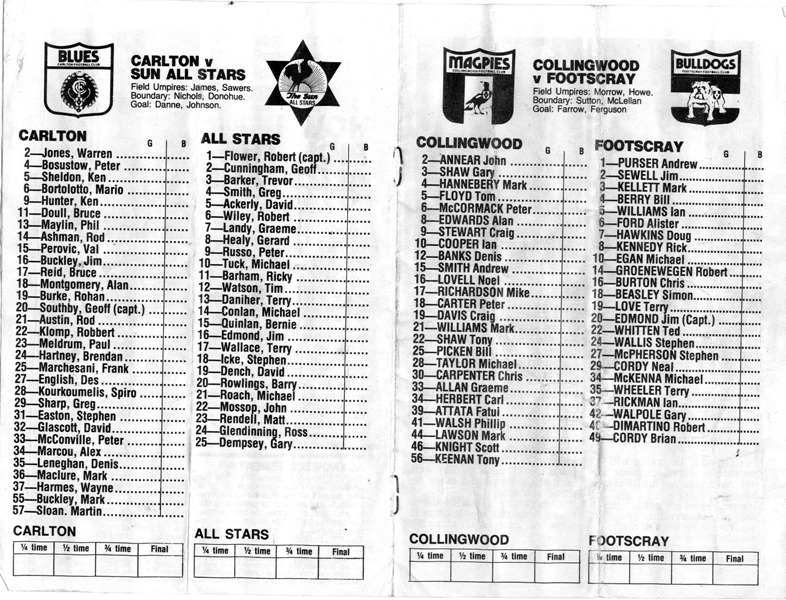