Poursanidis was seen as a key forward prospect when he was recruited from the Paramount Football Club in the mid-eighties, he would play two seasons with the Carlton thirds and captained the team during the 1987 season. The highlight of his time at Carlton came when he kicked eight goals in a Reserves Grand Final win in a twenty point win against the Saints.

He was given three senior games at full-forward over 1988 and 1989, but could only manage three goals. Although he was a good mark, he was considered only as a full forward and unfortunately was never tried in other positions. He made his debut in the same game as Gerard Butts and Michael Garvey.

Poursanidis would later play a season at VFA club Preston before hanging his boots up at the age of 25. 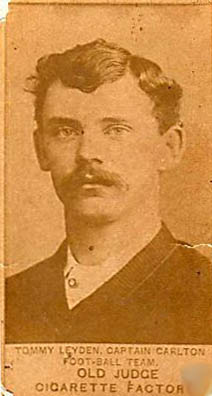