Carlton's premiership defence had started shakily some 3 months earlier with a shock loss to 1970 wooden-spooners North, but revenge was taken at the first opportunity as the Blues delivered an old-fashioned hiding to the Kangaroos in the return match at Princes Park.

After the Shinboners showed some resistance in the first quarter they were over-run to the tune of 13-13 to 1-4 over the final three stanzas.

Big John controlled the skies and Ricky McLean produced possibly his best game for Carlton at full-forward (strangely enough in his second-last match for the club). But Geoff Southby, still in his first season, was the real star of the show. Geoff had the crowd swooning with his glorious display at full-back. The Blues had surely uncovered a defender for the ages. 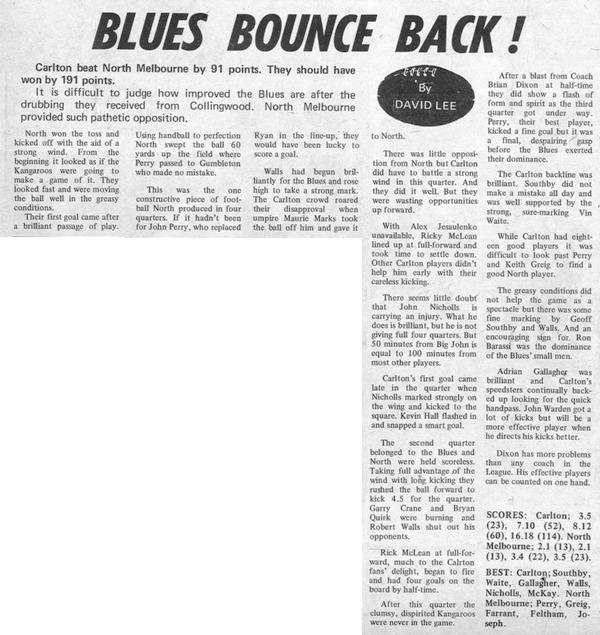 Debut : Peter Hall
Score Records : This is the Kangaroos' lowest ever score against Carlton