Carlton lost to Collingwood by 23 points at Princes Park.

The Blues had first use of the strong wind, but their kicking for goal let them down. The visitors took full advantage of the wind. Carlton dominated in the third term, but once again poor conversion let them down.

A big 5 goal final quarter by Collingwood blew Carlton out of the contest, and even further behind the 'top 3' competition leaders in this Round 13 game.

At the end of this round Carlton were in 4th spot on the ladder with a percentage of 99.4. 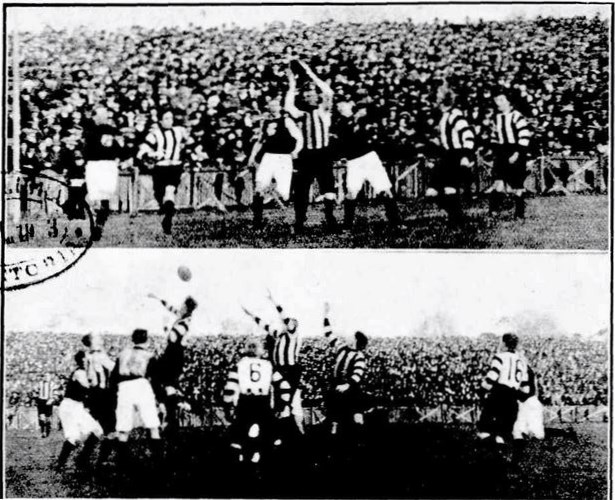 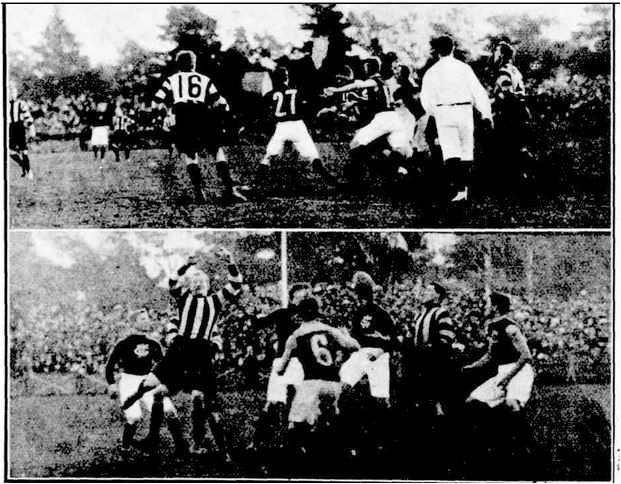 Images: Table Talk July 24
The bottom image shows, perhaps for the first time, the 1890-1907 guernsey worn by Viv Valentine carrying a number.
Numbers were not worn in the VFL until the final series of 1911. A few Carlton players preferred to retain wearing the old style canvas jacket guernsey well after the CFC monogramme designs had been introduced. One wonders why the club has allowed Valentine to wear one as he started his Carlton career in 1911, two years after the monogramme was first used.
The photo second from the bottom shows the only known image of Chris Cameron No.27, this was his last game of 5 for the Carlton Football Club.
The second photo: Note No.25 Alf Baud. His number is on a lighter coloured square material, unlike the other Carlton numbers which seem to be sewn directly onto the jumper.