Carlton lost to Melbourne by 17 points at the Punt Road Oval. Bob Chitty was reported and suspended once again.

Bob Chitty apparently couldn't help himself and was reported and suspended yet again, this time getting 4 weeks for striking Melbourne great Fred Fanning.

Melbourne was playing one of it's last home games at the Punt Road oval. They will return to the MCG on August 17 for the first football match played there since the grand final of 1941. The ground has been occupied by troops during the war years. 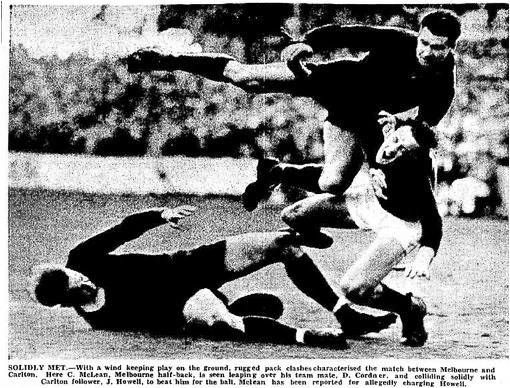