In a real scrap that went goal for goal after half-time, Carlton took the points by one straight kick in this home game against the Bombers. The Blues still topped the ladder by one win, but Footscray were suddenly looming in second place, with a much better percentage.

At the end of this round Carlton were in 1st spot on the ladder with a percentage of 118.8. 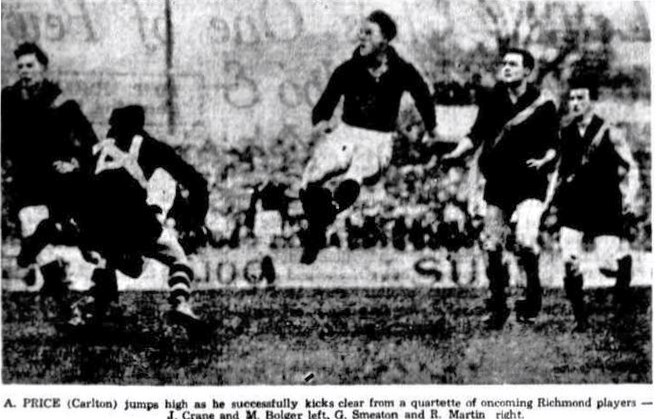