A number of new faces would be at Carlton for the 1938 season. One of the most significant new additions was successful businessman Sir Kenneth Luke (who would be knighted in 1954), who became Carlton President for 18 years between 1938 and 1955. Sir Kenneth would become President of the VFL in 1956, a position he would hold until 1971. Under his Presidency the club flourished, winning flags in 1938, 1945 and 1947. On the playing side, Brighton Diggins would join the team as Captain Coach from South Melbourne, tasting success in his first year. The Diggins family would continue their contribution to the club with Lauraine Diggins (Brighton's daughter) appointment to the Carlton Board in 2002. 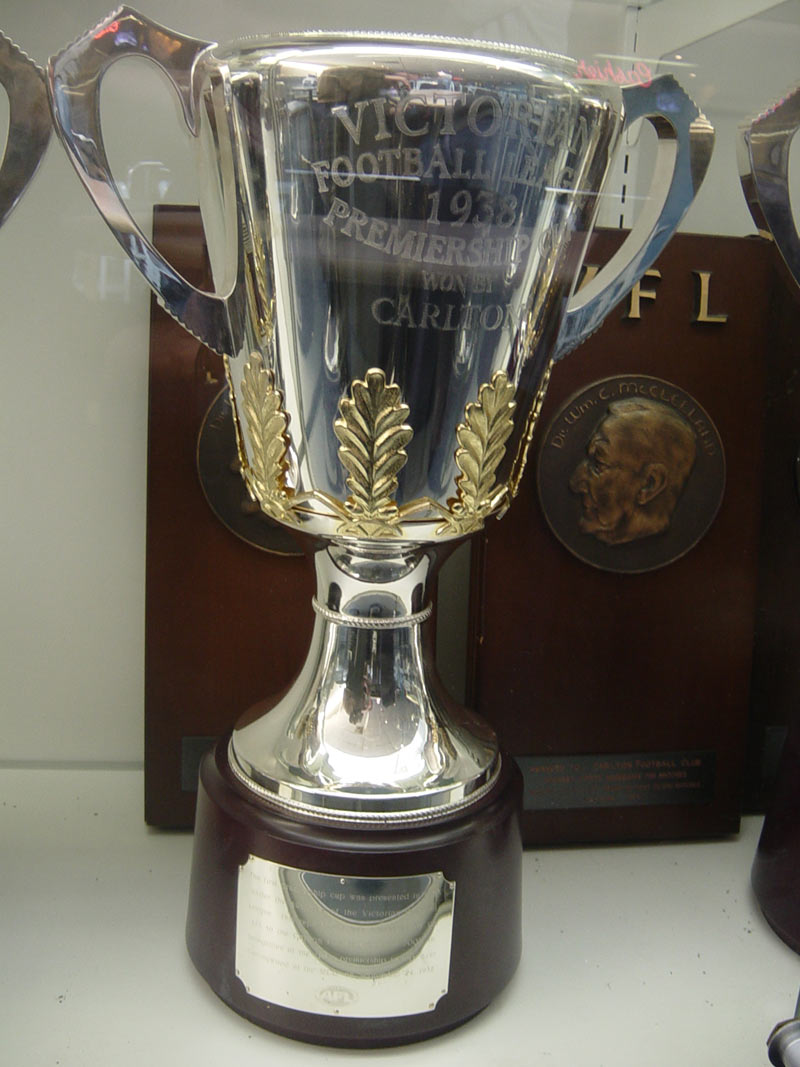 In spite of his softly spoken demeanour, Brighton Diggins won the confidence of the players as a leader, and while always a gentleman, he was determined and could be forceful if required. In addition to Diggins' leadership, the Blues added physical training to supplement nominal training through Dr F. McCumisky and Mr H. True.

On the field, Carlton would start the season with five straight wins, including 1 point wins against Richmond and Essendon in rounds 2 and 3. A narrow five point loss to Melbourne followed, but the Blues still held first place on the ladder by 4 points. Another 6 straight wins between rounds 7 and 12 set up the season, and left the club a two game buffer to Footscray in second place on the ladder.

A 41 point round 13 loss to Richmond proved that the Tigers were still the Blues bogey team, but the club recovered to win three of its remaining five games to enusre that we would win the minor premiership. Carlton now had a double chance, and would play Geelong in the second Semi Final for a place in the Grand Final. After a tight first quarter, the Blues were never headed, winning by 32 points (16.17 113 to 10.21 81).

Collingwood would beat Geelong in the Preliminary Final to become our opponent in the Grand Final. After another tight first term, the Blues kicked four goals to one in the second quarter to establish a 20 point lead. They would hold their lead until the the end of the match, to win our first Premiership in 23 years, and 6th overall, defeating Collingwood by 15 points (15.10 100 to 13.7 85). The match attendance of 96,486 set a new record crowd for a Grand Final.

This would end our 23 year drought, the longest in our proud history. It would also end a frustrating run in the late 1920's and early 1930's, when in 4 or 5 seasons the club had performed well enough in the home and away season to threaten for the flag, but couldn't reach the Grand Final.

In the years since our last flag Carlton had gone from one of the leaders of the competition (in terms of Premierships) to one of the pack, with the Collingwood teams having a brilliant 1920's (including the 1927-1930 Premiership stretch, a record unmatched to this day) and leapfrogging the competition. Therefore, the 1938 Premiership not only allowed us to win a Premiership, but also gave us the chance to get one back in the never-ending battle between these two great clubs.

Crowd; 7,600
Carlton played the Adelaide premier team on the showgrounds. (Now known as the Adelaide Showgrounds.) The hard ground with a loose dusty suface, was totally unsuitable for football.
South Adelaide wore the state team guernsies as their own are too similar to Carlton's. There was some confusion with the South Australian's use of the flick-pass, some Carlton players awaited the umpire's decision to see if it was a throw, while another player with ball was allowed to play on gaining an advantage.
The Blues were challenged in the final term but South's wayward kicking under pressure and Carlton's overall strength and a strong defence saw them through.
Carlton team attended the trotting at the Showgrounds on Saturday night and on Sunday were taken for a scenic drive, returning to Victoria on Monday.
Carlton team;
Backs; McIntyre, Gill, Savage
Half backs; Chitty, Francis, McInness
Centre; Carney, C. Crisp, Green
Half forwards; Schmidt, Wrout, Vallence
Forwards; Price, Baxter, McLean
Followers; Diggins, Hollingshead
Rover; Hale
19th; Sanger
Umpire; L. J. Quinn
Carlton won by 6 points.
Carl; 4.5 6.10 10.19 10.22.82
SAd; 2.3 7.9 9.10 10.16.76
Goals; Vallence 5.4, Baxter 2.0, Wrout 1.2, Schmidt 1.1, Hale 1.1, Price 0.5, Green 0.1, Savage 0.1, Sanger 0.1, Diggins 0.1, Crisp 0.1, McInness 0.1 rushed 0.1.
Best; Chitty, McLean, Hale, McIntyre, Crisp, Price, Valleance, Schmidt.
Injury; Baxter (dislocated shoulder) was marking brilliantly at centre half forward, replaced by Sanger during the second quarter.