In Ron Barassi's last match on the field, Carlton defeated Fitzroy by 52 points at Princes Park. John Nicholls then took over as captain. 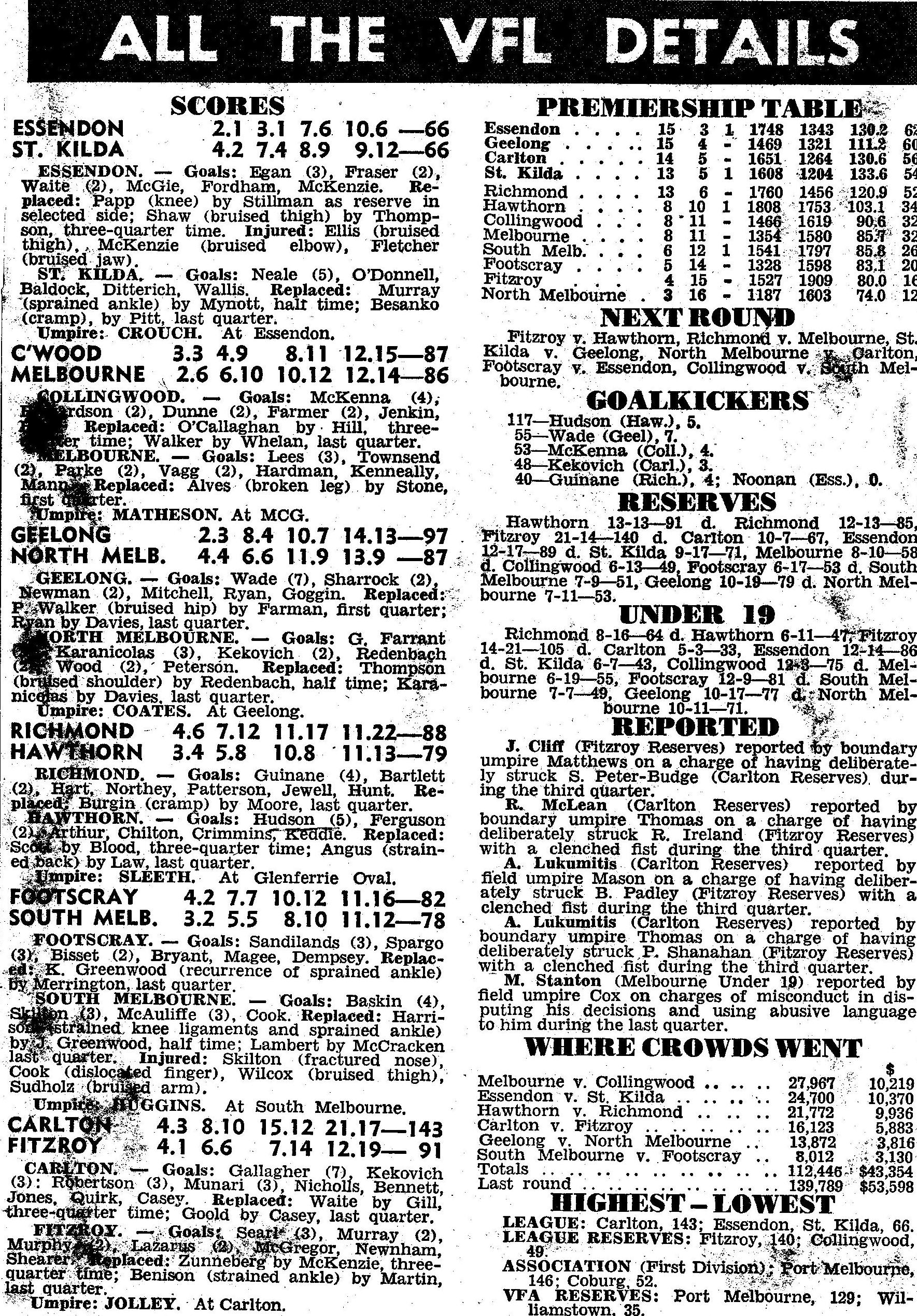 It was a fast and furious opening with both forward lines on top. Carlton held an edge in the packs where Adrian Gallagher was in brilliant form. Fitzroy full-forward Searl kicked 3 goals in the first quarter and the Carlton fans were calling for Wes Lofts! The Blues had a narrow 2 point lead at the first change. 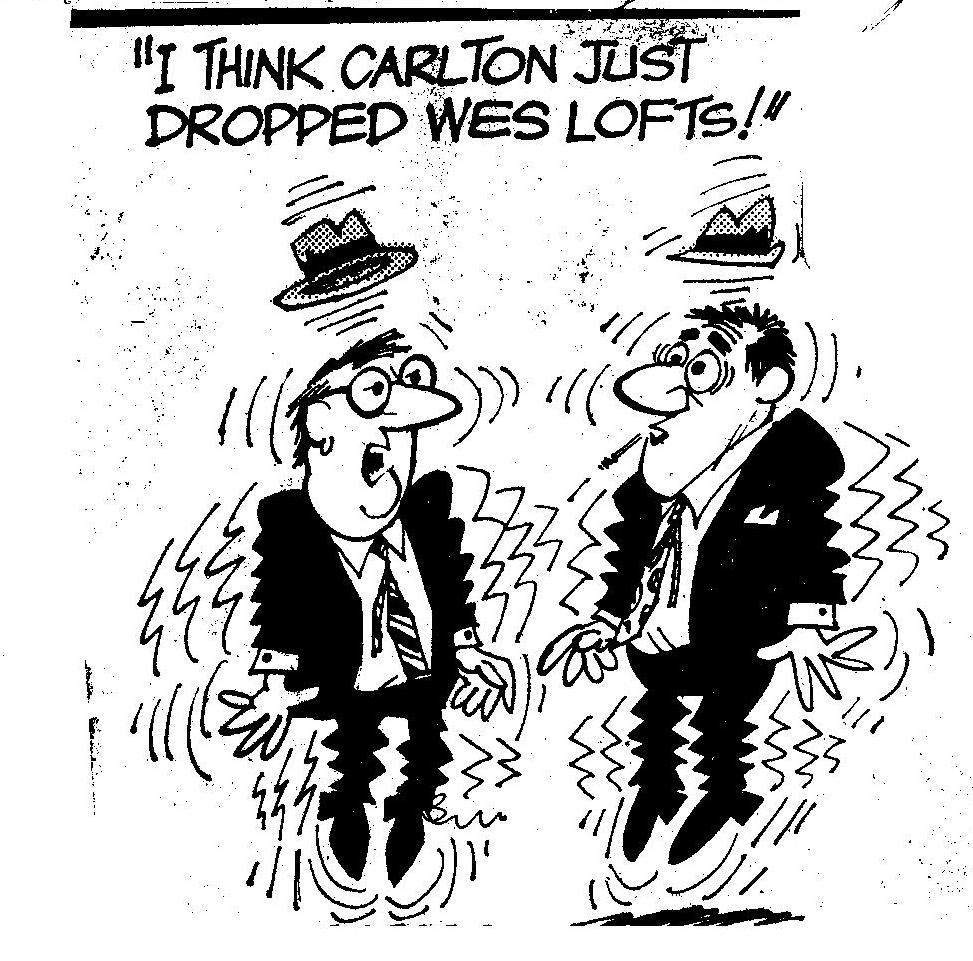 Carlton added 4-2 to 3-5 in the second quarter and at the long break Carlton were 14 points in front after a very fiery and willing quarter.

Carlton hit their straps in the third quarter and slammed on 7-2 to 1-8 and in the final quarter added another 6-5 to run out easy winners by 52 points in their best showing for weeks.

After this game Ron Barassi retired as a player (although he would return in 1969) and John Nicholls became Carlton's captain. The team's debut player, Gordon Casey, played his only game for Carlton before moving on to play 100+ games for Footscray.

At reserves level both Andy Lukimitis and McLean were reported.

50 Games: Garry Crane
Debut and only game (Carlton): Gordon Casey
Retirement (although he would return for a game in 1969): Ron Barassi