Carlton enjoyed a 37-point victory over Collingwood at Victoria Park.

Carlton started stronger, finished stronger, and got over the crisis quicker than Collingwood. Carlton opened well and attacked from the first bounce. Two goals each to Kekovich and Nicholls, and one to Silvagni gave them a handy 20-point lead at half-time. Carlton players showed more keenness than at any time during their past four or so matches. The second quarter proved to be very lively, with the emphasis on the man and not the ball. Richardson copped Goold with a beauty and it was on! As a result only three goals were scored for the quarter; two by Collingwood, and one by Carlton.

After half-time, Carlton replaced Goold with Peter Kerr and settled down to play football. Collingwood rallied to come within 5 points of Carlton. Barassi, who was at centre half-back since Goold’s exit, moved on to the ball, and put Walls on Ross Dunne. They answered the challenge with goals; two from Nicholls and one from Kekovich. They still held a handy 17-point lead at three-quarter time. Collingwood came back in the final term with three goals but, Carlton added six to run out winners by 37 points.


NB Hall came down with appendicitis during the week, and was replaced by Gill. 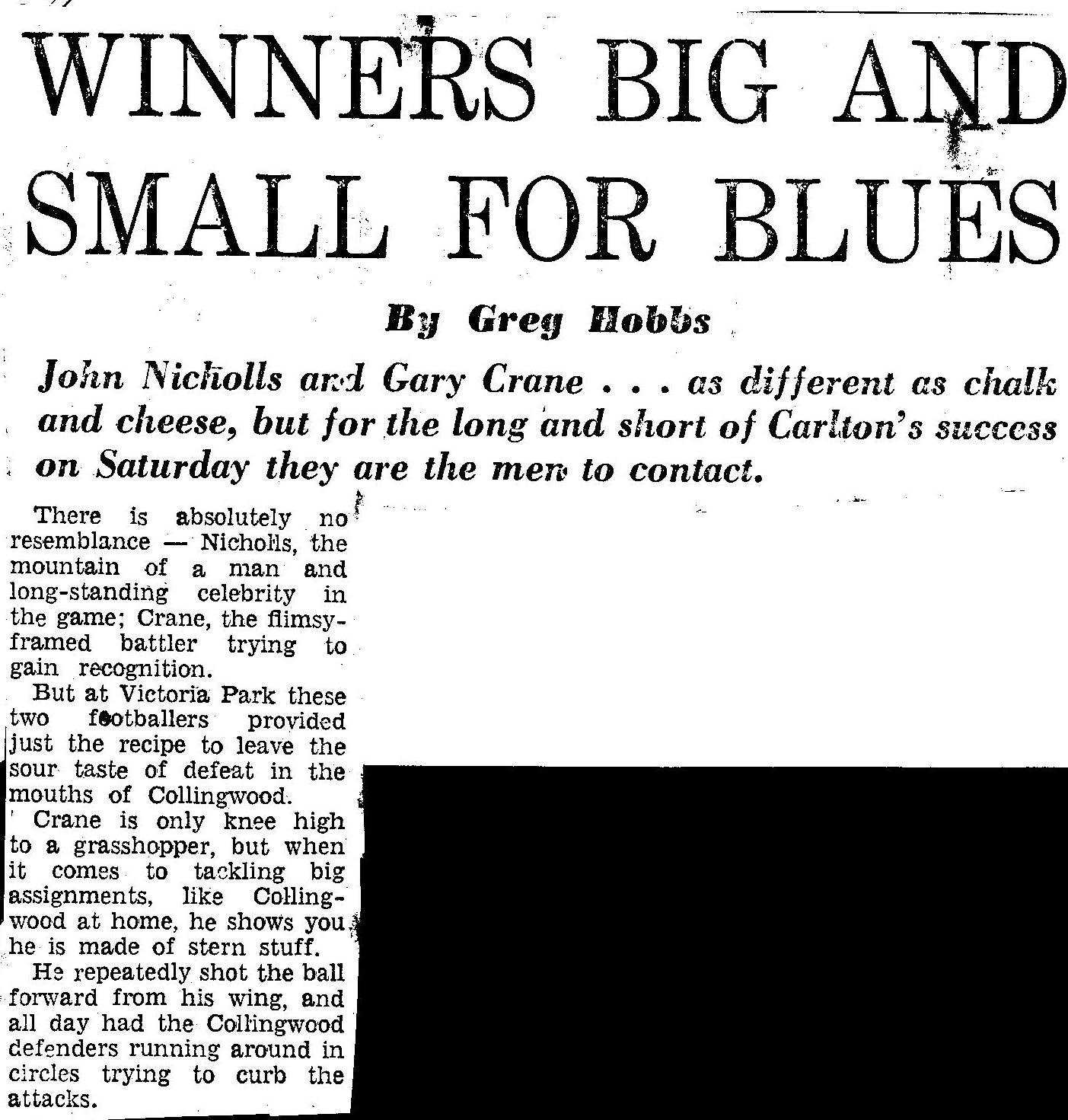