Carlton lost to South Melbourne by 17 points at the Lakeside Oval.

Carlton’s awful start to the season continued in this game, when South Melbourne easily accounted for the Blues at the Lake Oval. The disorganisation within the team so evident in round 1 continued for a second week – four senior players returned, but another four were lost to injury – and the Blues were no match for a confident Bloods line-up playing on their home ground.

The only small consolations for Jack Worrall’s team came with George Topping’s achievement of reaching 100 career goals, and the unusual situation where Carlton actually moved up the ladder from tenth to ninth on percentage, after Geelong was demolished by ladder-leaders Fitzroy.

At the end of this round Carlton were in 9th spot on the ladder with a percentage of 65.2.

The Argus article deals with possible dissention over player payments, non attendance at training, and a diagram of field placements.
To read click here> http://nla.gov.au/nla.news-article10714552 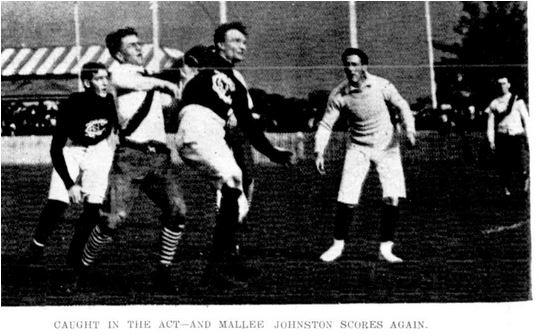 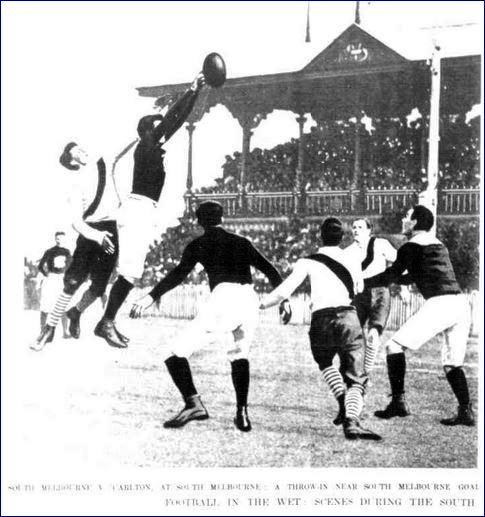