Richmond thumped the Blues by 46 points at the MCG. 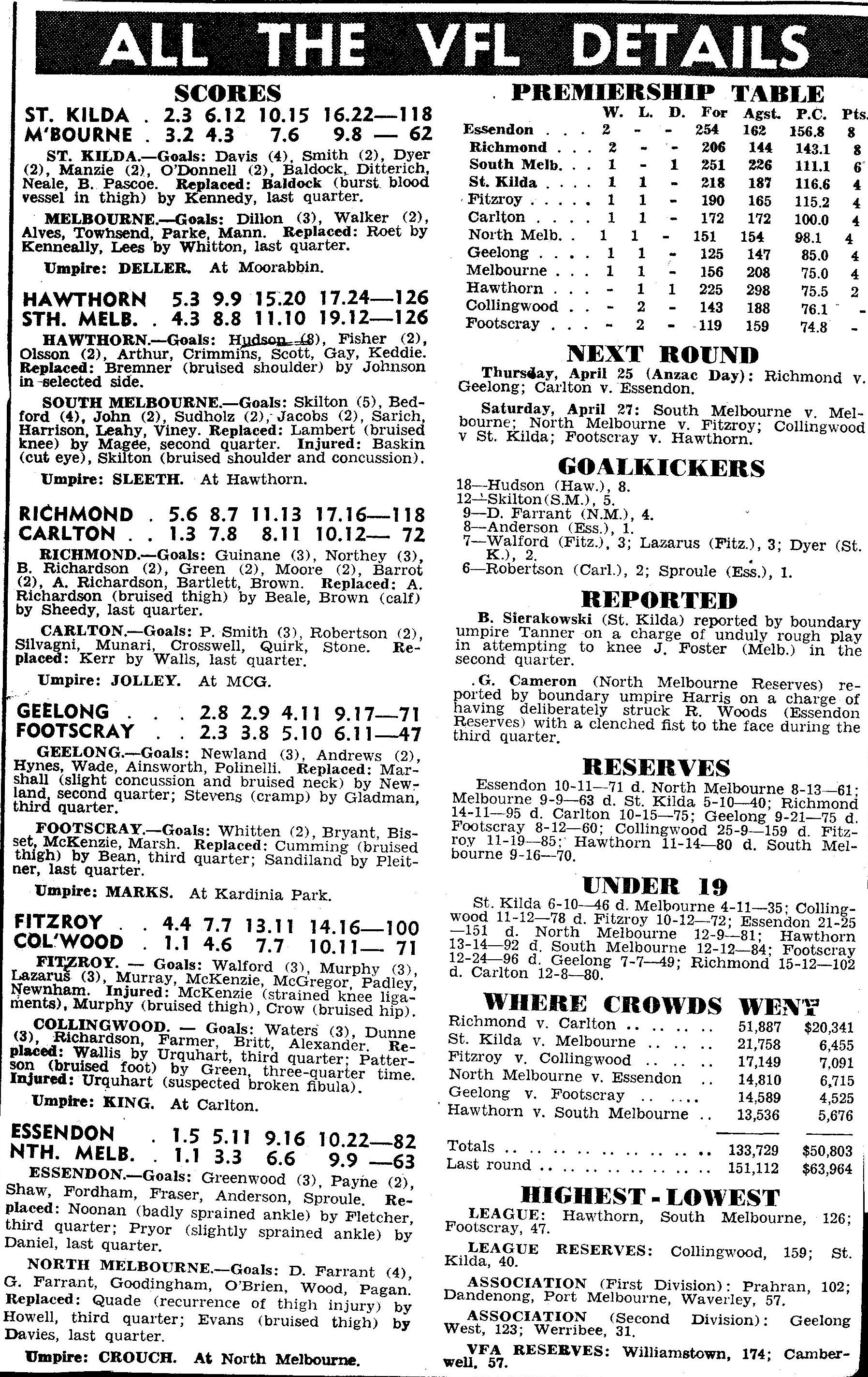 Richmond today brushed aside any ideas of complacency that the football public may have had. They outclassed Carlton in nearly every position. The main features of their great win were a. a greater understanding among their teammates in that they backed up splendidly and always had a man in position to receive a pass; 2) they can kick the ball further than any team and 3) they always play straight down the centre.

Carlton were very determined but just not good enough. They rallied in the second term and kicked 6 goals but Richmond still held a 5 point lead at half time. Carlton had held on grimly but Richmond always managed to produce that answering goal.

The third quarter was very hard fought and each player battled hard for his side. Richmond started to widen their lead and Carlton were outclassed.

The Richmond forwards had been on top all day. Guinane had one of his good days at Centre Half Forward. Northey played very clever football and proved too slippery for Kevin Hall. Wes Lofts was one of Carlton’s great defenders. He held Barry Richardson well and later Guinane. Silvagni played well when resting in the back pocket. Summing up Carlton found their main weaknesses were lack of accurate forwards and their ball-handling was not clean and quick enough.

1991 - Rhys-Jones sees an opportunity to dunk an umpire.