Roll up! Roll up! Get in the goalkicking queue now!

The Blues piled them on as they destroyed a hapless St Kilda at Moorabbin, despite only kicking 3 in the first. St Kilda's inaccuracy didn't help, but 25 goals 19 ain't exactly good kicking either. This was not only our highest winning margin over St Kilda, but our highest ever - a massive 140 points.

Carlton centre half-forward showed again on Saturday just how important he is for the Blues. Maclure was in superb touch against St Kilda at Moorabbin booting six goals and apparently setting up many others with intelligent play. For years, whenever he's played well, Carlton has in variably fired. In form. Maclure's an extremely difficult forward to counter. He moves well, is an excellent mark and is a good kick. The critics tend to forget just how significant a player he is for the Blues. But performances, such as the one on Saturday, jolt their memories. Carlton fans need little reminding of Maclure's value to the team. He's been a key member of three Carlton premierships. - Michael Roach Inside Football.

The massacre at Moorabbin on Saturday could have been even worse..... A shot for goal by Carlton star Ken Hunter on the final siren sailed through - but was disallowed by the umpires. And the masochistic St Kilda supporters who stuck it out to the bitter end thanked the Almighty for small mercies. A 146 point defeat would have been too much to bear.... Tony Greenberg Inside Football.

Carlton thrashed the Saints by a massive 140 points in a one-sided affair at the Moorabbin oval. St Kilda could not even manage to score a goal until the third quarter in a pathetic display in front of its own fans - Football Record. 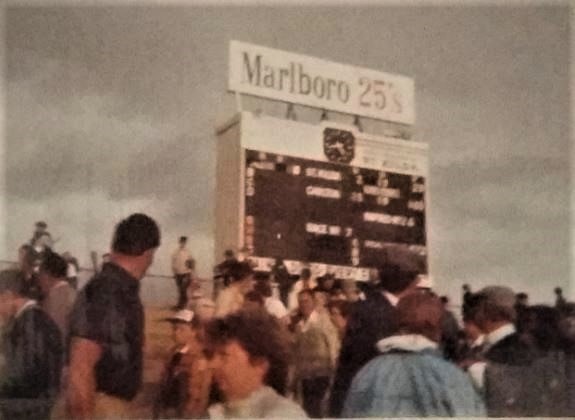