Stuart was the younger brother of talented Carlton triple premiership player David Glascott. Stuart played with Carlton U/19's and Reserves team from 1983 through to 1985. He then headed up north to play in the QAFL. He was added onto the inaugural Brisbane Bears playing list for the 1987 season. He played the last four games of the 1987 season in the senior team, but failed to add to this tally and was subsequently delisted. Glascott was originally recruited from Lalor/ Moomba Park / Thomastown via University HS.

Glascott would later VAFA clubs Old Ivanhoe and Old Geelong, in 2002 he was appointed as senior coach of Old Brighton after taking a year off from coaching in 2001. 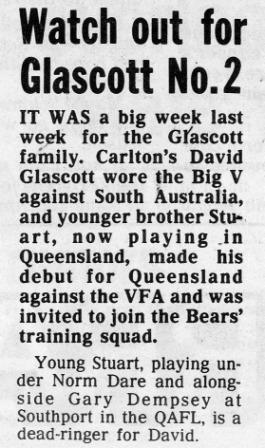 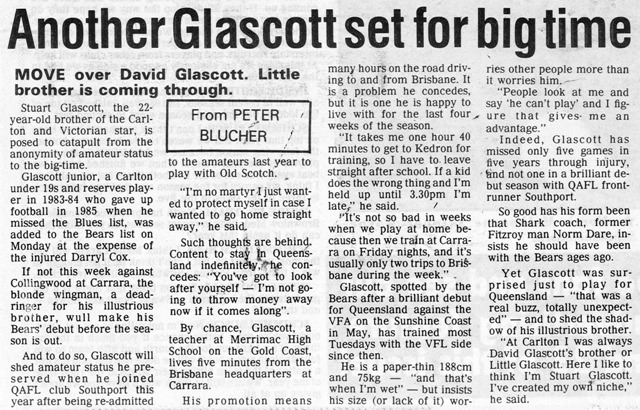 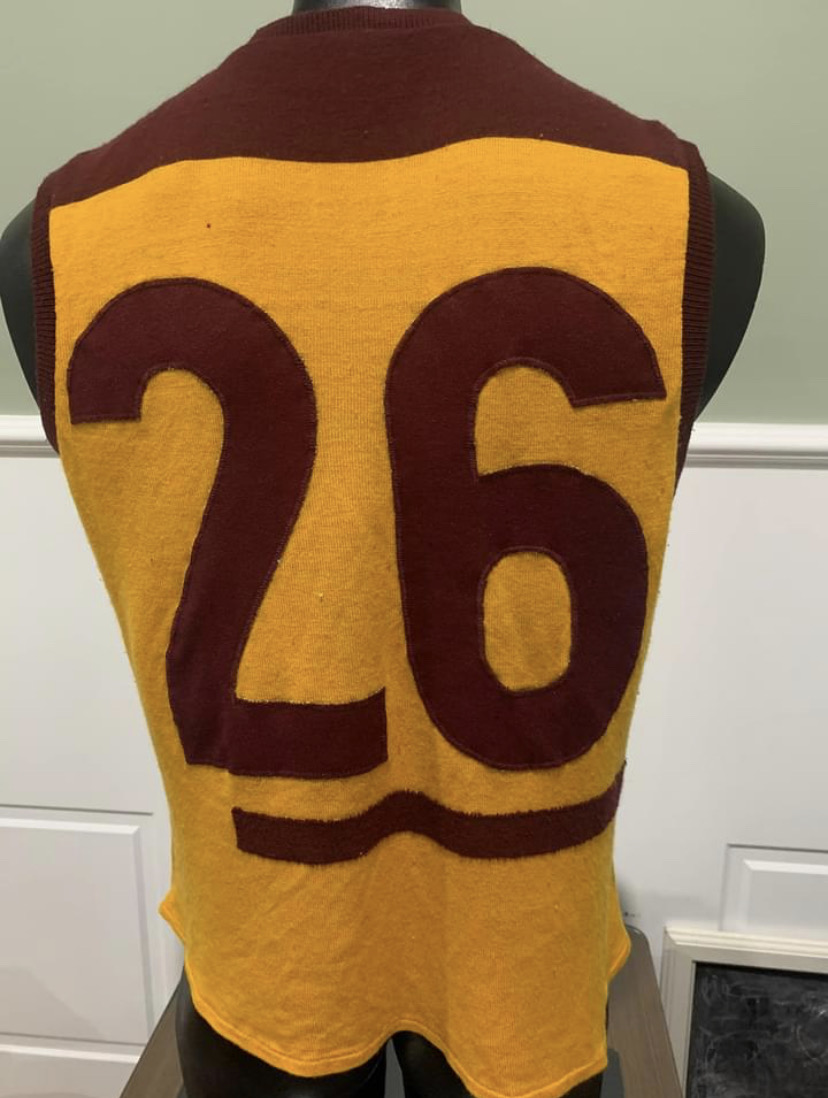 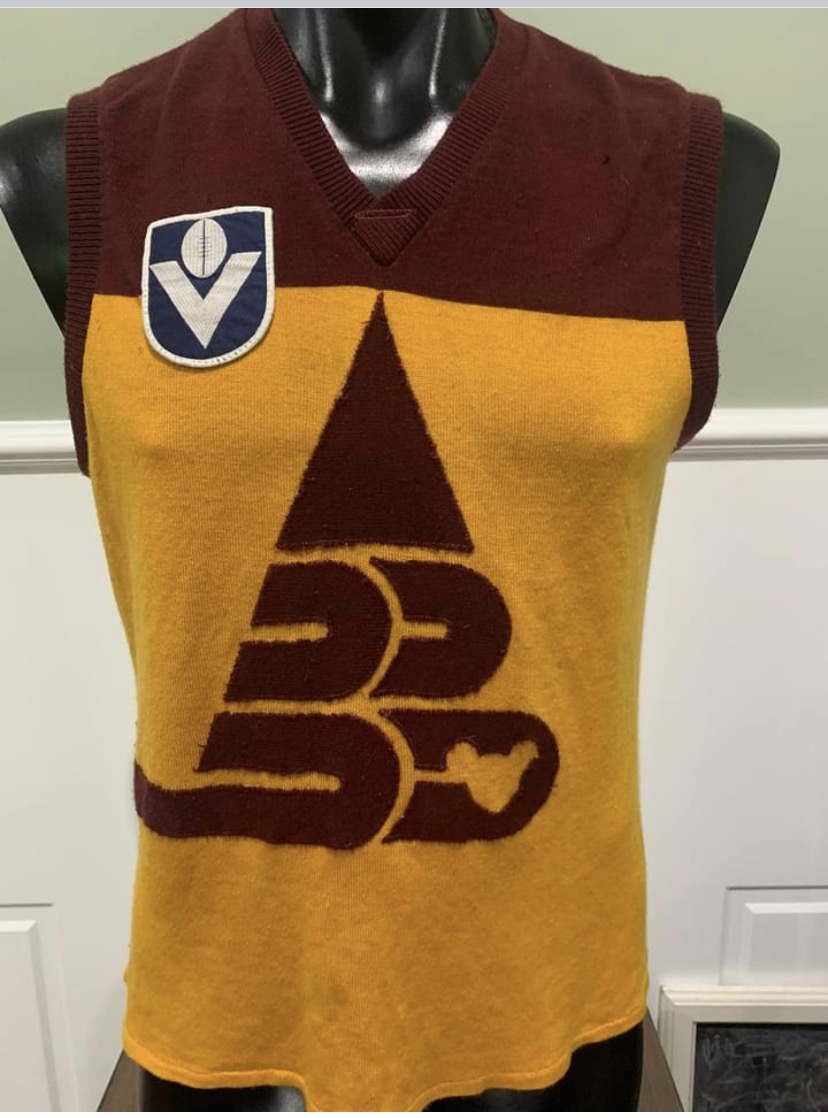