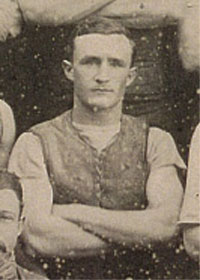 A player named McInerney was recruited from Star of Carlton in 1885.

1893 May 31, V.F.A. Permit Committee granted T. McInerney a transfer from Fitzroy to Carlton.

1915 The Argus January 11 reports the death of Tim McInerney at St.Vincents Hospital on Friday 08.
He played at Carlton 1886-89 when he transferred to Fitzroy and played until 1893.
He also served on the Fitzroy committee till 1903.
At the funeral, many old time team mates and opponents paid their respects.
Wreaths were sent from both clubs.

1915
"An unusally large gathering of people attended the Melbourne Cemetery on Sunday last out of respect to the memory of the late Mr. Timothy McInerney, so well known in football circles, and as a member of the Cathedral Club and Operative Mason's Society. The deceased was educated at St. Brigid's School, North Fitzroy, and was noted during his life, apart from his love athletics, for the sturdy and intelligent opinons he held on Catholic and national questions, and for his fearless expression of the same. In fact, it was through matters effecting both these priciplesthat he resigned with two others from the Carlton Football Club in 1889, after having played in tis premiership matches from 1886 to that year. His athletic ability soon gained for him an equally prominent place in the Fitzroy Football Club, which he served so faithfully from 1890 to 1893. On his retirement from the arena, owing to heart trouble, he was elected to the committee of the club, and proved himself as wise in its counsels as he was relible in the field."
"...... unmarried, was the son of the late Michael and Margaret McInerney of Carlton, and brother of Messrs. Thos. McInerney of Montague South Melbourne (from whose residence he was buried), Michael McInerney of Brunswick, John T. McInerney of Prahran, Mrs. E. Rolfe of Pascoe Vale, and the late Mary Bethell of Melbourne."
He worked at Jageurs and Sons Pty Ltd.
"The pall bearers were Peter Jageur, Thos. Leydin, John T. McInerney, Thos. Mathieson, Robert Ewing and Henry Hastings. Wreaths were placed on the grave by the Carlton and Fitzroy Football Clubs ......"
(Trove: Tribune 14 January 1915 p5) 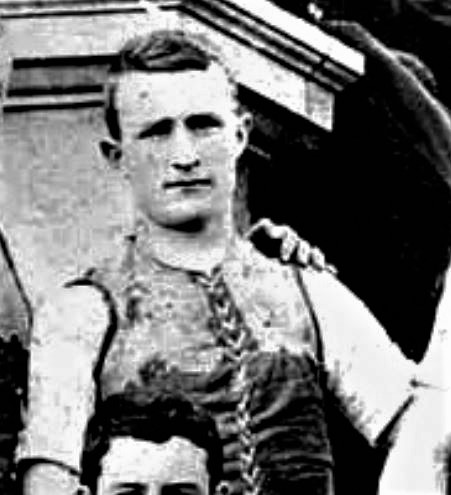