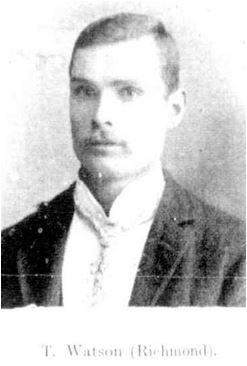 
Watson played 14 games for Carlton in his only season with the Blues in 1902. He later represented the Melbourne Football Club at VFL level in 1904 where he played a single game for the Demons.