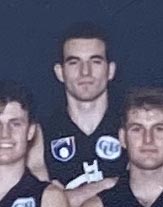 Viv Romito played U/19's from 1988 to 1991, and later Reserve Grade Football for Carlton from 1989 to 1991. He was good mates with Anthony Koutoufides and played a lot of junior football and athletics with Kouta.

Romito was recruited from Lalor.