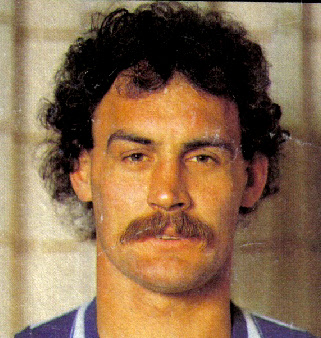 When the Carlton Football Club went looking for a ruck coach in 2006, we could not have found anyone better qualified for the position than Gary Dempsey. Recognised as an all-time great of the game, Dempsey had won the Brownlow Medal in 1975 and had been included in the Team of the Century at both the Western Bulldogs and North Melbourne – despite almost losing his life in a bushfire before his career properly began.

Recruited by Footscray in 1967, the athletic 196 cm youngster was a regular senior ruckman by 1969, when he was engulfed in bushfire at his farm at Lara, and severely burned. Doctors told him that his football career was over, but he refused to listen. Months of recovery and rehabilitation later, he returned to play for the Bulldogs, winning the club’s Best and Fairest in 1970, and finishing runner-up in voting for the Brownlow Medal.

From then on, Dempsey held a mortgage on Footscray’s champion player award, winning it another five times in succession between 1973 and ’77. He was appointed captain of the Dogs in 1971-72, again in 1977-78, and as previously mentioned, won the Brownlow in 1975. Clever, durable and a brilliant high mark, he was a regular Victorian representative, and an All-Australian in 1972.

Despite all those individual awards, Dempsey’s greatest ambition was to hold a Premiership Cup aloft. In pursuit of that dream, he signed with North Melbourne in 1979, and promptly won the Kangaroos’ Best and Fairest in his debut year. Although his dream of a flag win did not come true, his five seasons in royal blue and white stripes produced 122 games, while he remained a stalwart of Victoria’s state side. On retirement in 1984, he had played 22 matches for the Big Vee, and kicked eight goals.

Dempsey was inducted into the Australian Football Hall of Fame in 1996, before serving as ruck coach at Carlton over 2006-07.