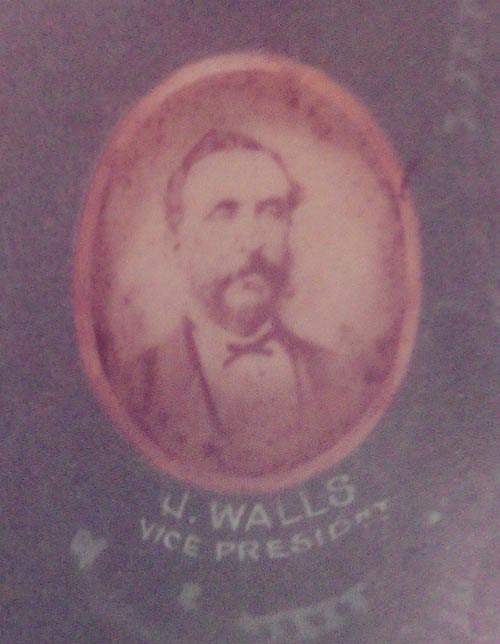 John Walls was also involved in the Carlton Cricket Club.
On September 14 1864 he was elected as vice President of the Carlton Union Cricket Club, the Union name was dropped the following year.
(ref.The Argus Friday Sept. 15 1864 p5)

Could be
"Walls, John, Carlton is a native of Yorkshire, England, who arrived in Melbourne in 1858, and in 1861 commenced business at Carlton as family butcher, which business he still carries on in Grattan-street. Mr. Walls was elected a member of the city council for 1875-76 and was the chairman of the first school board of Melbourne." (Victoria and its metropolis past and present. p699, Alexander Sutherland)