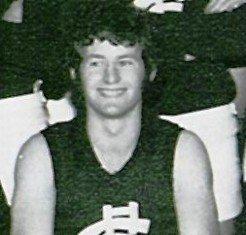 The Blues celebrate victory over Collingwood - round 1, 2017.jpg