Carlton opened to hold the edge in the first quarter, due mainly to the supremacy of Nicholls in the ruck. The young and very fit Melbourne side made the Carlton defence – with the exception of back pocket Ian Collins – look ragged and at times clumsy.

Melbourne came back strongly in the second term but still had no answer for Nicholls in the ruck. Groom held Jesaulenko and Johnson and Kekovich were nullifying each other as they continually held or pushed one another. Had Melbourne had a stronger forward line they would have lead at half-time. 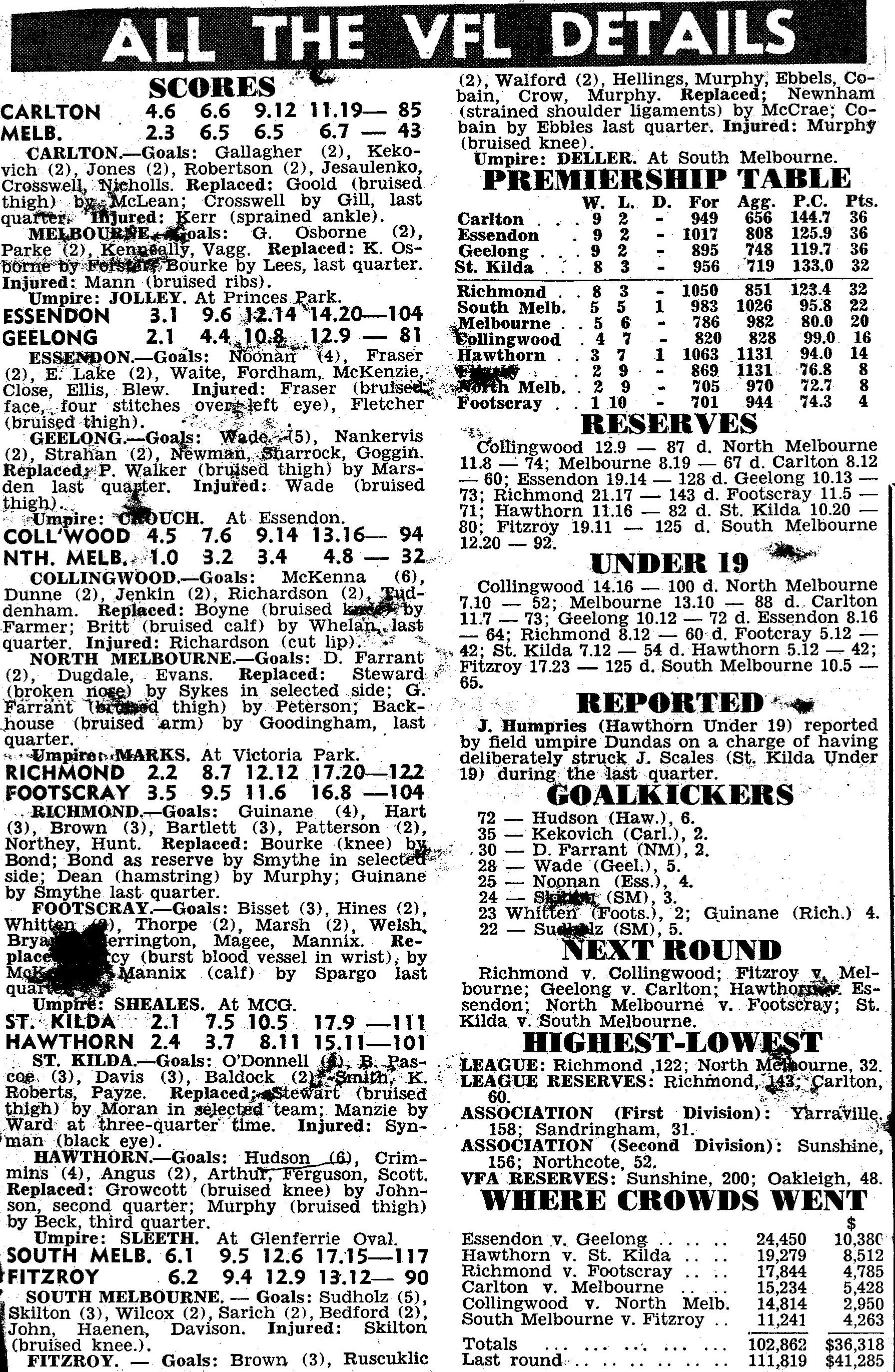 Carlton, led by the dominating Nicholls and fine work by Silvagni and Auchettl, held Melbourne scoreless in the third term. But for shocking inaccuracy they would have been 6 goals up at ¾ time. Robertson moved to Centre half Forward and was giving the Blues one of his best games for a long time. Had his long kicks for goal been on-line he could have easily finished with 5 or 6 goals instead of 2.

Carlton replaced Goold with Peter McLean and Crosswell with Gill in the last term and Melbourne also replaced Osborne and Bourke. Melbourne managed 2 points for the quarter whereas Carlton, who continued to just blaze away instead of having direct shots, added 2-7. Surprisingly the main offender was John Nicholls who kicked 1-4 from 6 kicks.

Carlton with greater power in the rucks plus clear winners in Collins and Robertson beat a talented Melbourne side. Carlton’s best were Nicholls – a powerful ruckman who palmed the ball effortlessly, Collins who did not make a mistake all day, and Robertson, Silvagni, Muniary and Gallagher. Best for Melbourne were Johnson, Keneally, Groom and Dixon.

In an interesting competition footnote for the end of this round, Kekovich sat in 2nd place on the leading Goal-kickers list with 35. Leader, Peter Hudson, sat on 72 - more than double the next place.

During the week leading up to this game, Western Australia rejected Syd Jackson fifth application for a clearance to Carlton. - Football Life.