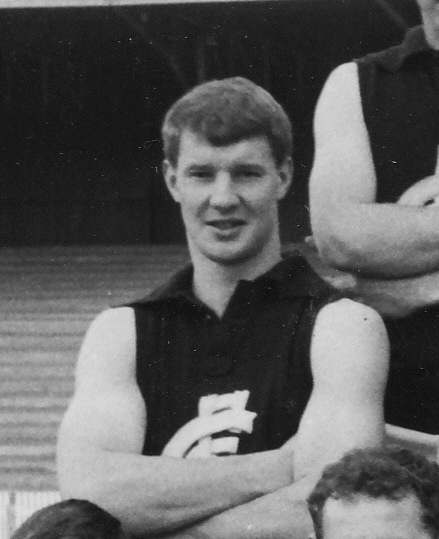 Originally from Sandy Bay, Tasmania, Tony Thiessen played VFL football for three VFL teams; Melbourne, Carlton and North Melbourne, in successive seasons between 1963 and 1965. A specialist half-forward, he wore Carlton’s number 24 guernsey in 13 matches for the Blues on the eve of the Barassi era.

Beginning his VFL career with Melbourne in 1963, Thiessen played seven times for the Demons, only to be delisted at the end of the year and picked up by Carlton. Fresh from finishing sixth, the Blues were looking to quickly bounce back into finals contention, but the ’64 season ended up being the worst in club history to date.

Thiessen made his debut in navy blue against his former club at the MCG in the third game of 1964, and was on the receiving end of a 46-point thrashing. Between then and his final outing in round 17 against St Kilda, he celebrated only three wins and they were consecutive games between Rounds 7 and 9. By then Carlton was a club in the doldrums, and with a boardroom ruckus in the offing, Thiessen opted out. He crossed to North Melbourne, where he managed another four senior matches in 1965 to conclude his VFL career.