Carlton traveled to Western Australia to play an Exhibition Match against South Fremantle in 1954. During the ten year period from 1945 to 1954, South won six premierships and were runners up twice, finishing third and fourth on the other two occasions.

A 14.9 (93) to 10.14 (74) end of season win by South Fremantle over Carlton in a game played at Subiaco. The ‘Bulldogs’ were widely regarded as possibly the strongest club side in Australia. It was reported at the time made it abundantly clear that neither team treated it as a low key exhibition affair; they played for keeps, and South Fremantle were worthy winners. In the second half, the atmosphere was that of a VFL Grand Final. Tempers were frayed and brawls started amongst the players. Carlton had waited seven weeks for the fixture and had been almost goaded by reports of South Fremantle’s prowess. Before the game, the South Fremantle players had been offered financial inducements if they could win.

A very strong South Fremantle would beat the Carlton team by 19 points. 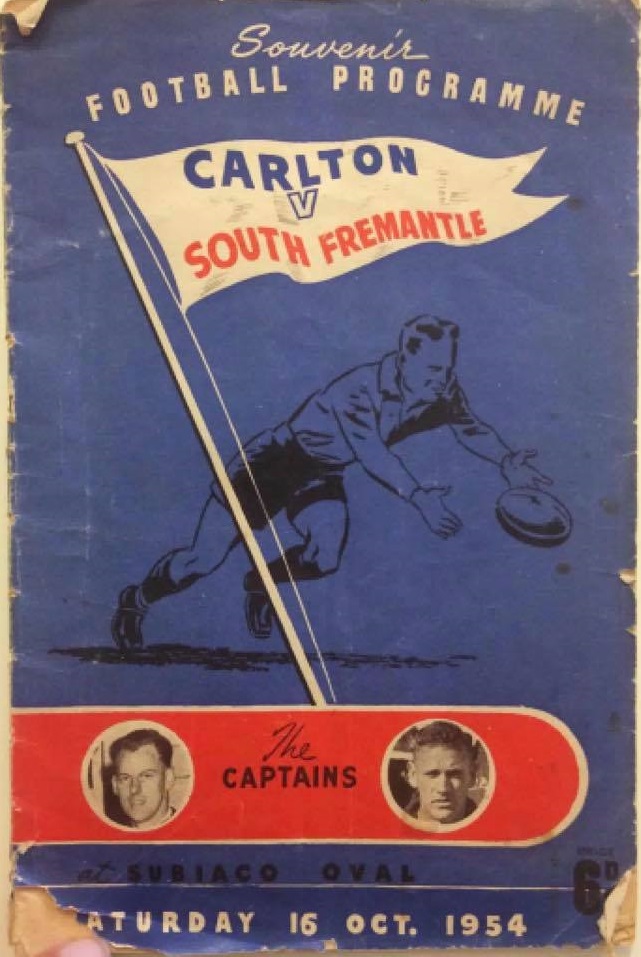