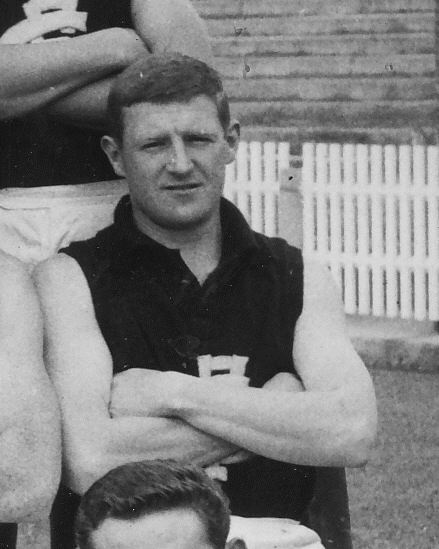 
With a name more reminiscent of a movie star than a footballer, Berkley Cox was a crowd favourite at Princes Park in his 102 games from 1958 to 1965. A small, yet tenacious and reliable centreman, he often tagged more skillful opponents out of matches.

Recruited from Tasmanian club City South, he wore guernsey number 9, stood 175cm tall and weighed in at 77 kg. He kicked 45 career goals and was among the Blues' best in our 1962 Grand Final loss to Essendon.

Berkley Cox headed back to Tasmania and represented his state in the 1966 ANFC Championship.

Articles: Rivalry of 1950s is kicking on