In the first meeting for the year between the two teams that would fight out the '62 Premiership, Essendon thumped Carlton by 45 points at Princes Park.

Debutant Bruce McMaster-Smith replaced Graham Donaldson (infected leg) in the selected side.
Second-placed Essendon handed the Blues a reality check with this heavy defeat at Princes Park, during which Jim Carroll (playing his second and last game for Carlton) was reported and suspended for striking tough Essendon defender Ian "Bluey" Shelton. Carrot-topped Shelton was legendary for eating up and spitting out opposition players, and for 175 cm Carroll to stand up to him says volumes for his courage (and little for his sanity). Jim had little chance of getting off the charge, as he was reported by field, boundary and goal umpires (so we guess he probably did it).

This could have been a costly loss for the Blues, but Collingwood helped out by knocking over Geelong, and Carlton stayed just outside the top four on percentage. Tom Carroll's three goals moved him to within one of the joint leaders; Bill Stephenson of St Kilda, and Doug Wade of Geelong.

Carlton had few prominent players. Perhaps those that stood out more than others were centreman Berkley Cox and followers Serge Silvagni, John Nicholls and Maurie Sankey. Bruce McMaster-Smith, who transferred from Fitzroy, did several useful things on his wing. - Football Record. 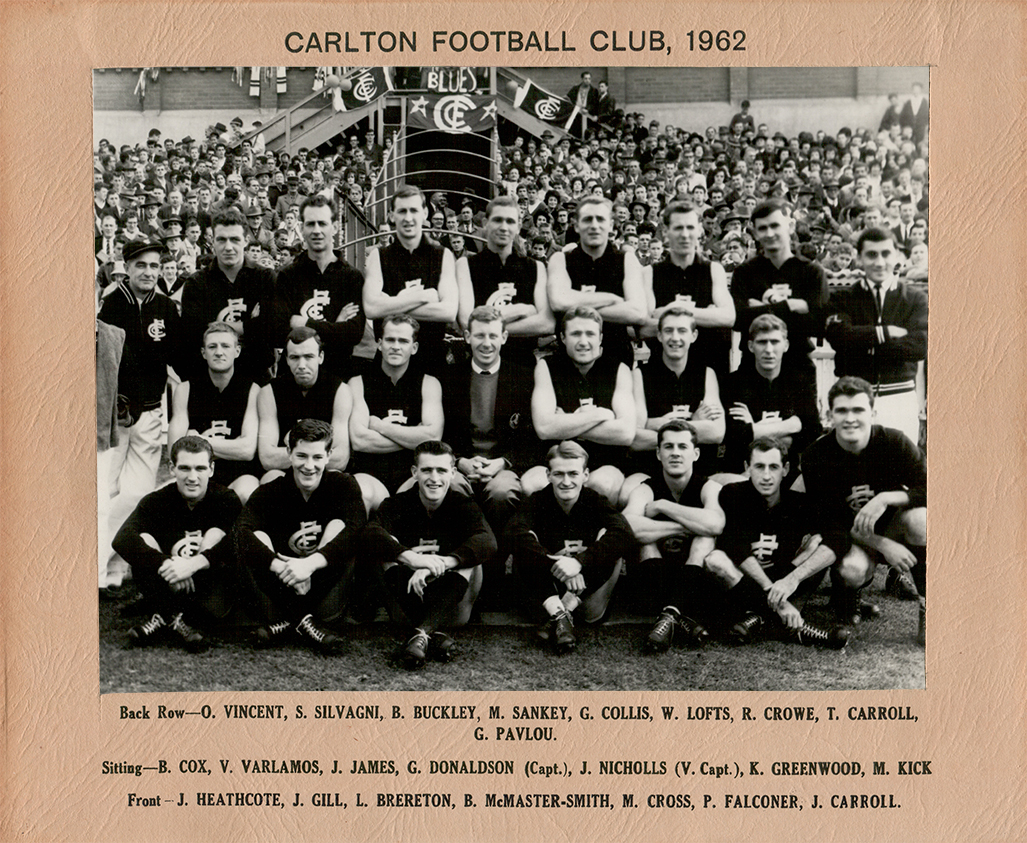