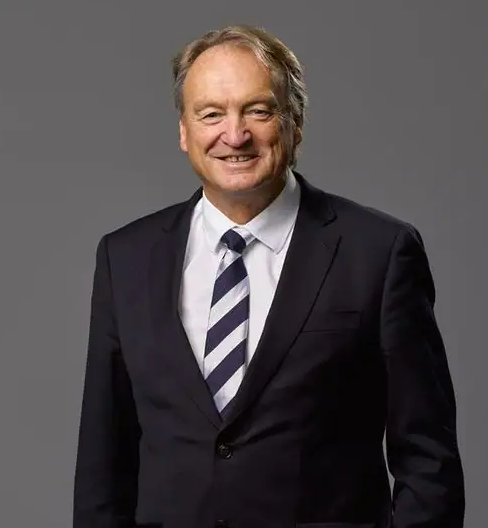 In the wash-up to Season 2021 the Blues not only replaced Coaches - Michael Voss for David Teague - but also replaced the CEO. Incoming President poached the best in the land, Brian Cook from the Cats (and Eagles) much to the joy of fans. No offence to the past admin, but it seemed we were going for the best in the land to try to drive our on and off field performance further.

It was announced on the 17th September:

Cook arrives at the Club with an extensive resume spanning more than 30 years, built off instilling a standard of high performance on and off the field while maintaining a people-first focus.

After taking West Coast from an AFL start up to a two-time Premiership powerhouse, Cook then completed a remarkable turnaround of the Geelong Football Club, both in football and in finances, to ensure a high standard remained and continued to be met for much of his 22 years in charge of the Cats.

Cook has overseen an era that has experienced finals football in 16 of the last 18 seasons as well as 13 top four finishes between 2004 – 2021, including three premierships during that time.

That on-field success has been mirrored by performance off the field, with Cook leading a four-stage redevelopment of GMHBA Stadium while ballooning the Cats’ turnover from $16 to $60 million during his tenure.

Carlton President Luke Sayers said Cook’s ability to deliver a sustained level of high performance across every facet of a football club made him the perfect person to take the Blues forward.

“This is a significant pillar of the Club’s ‘reset’ strategy, whereby our football club is striving to bring in the best available people with strong leadership, who thrive on building and driving a high-performing culture,” Sayers said.

“That is exactly what Carlton needs to take our next, significant step, and nobody fits that criteria better than Brian Cook.

“Brian is an experienced leader who, to put it simply, knows what success looks like and more importantly, knows everything that is required to achieve it – on and off the field.

“He has directly overseen necessary changes and driven elite standards to generate an improvement in football performance, ensuring these elite standards are not only met but are sustained over a long period of time.

“Brian has also been the driving force behind GMHBA Stadium’s redevelopment and that invaluable experience will be crucial as we move towards completion of the IKON Park Masterplan redevelopment in 2022.

“While our club is in a strong position off the field, we intend to take this to another level, by being proactive and innovative and Brian, as CEO, will play a pivotal role in leading that approach.

“To attract arguably Australia’s most highly regarded sports administrator to the position of Chief Executive Officer at our club is significant and from this point on, our plan cannot be clearer and more resolute to achieve the sustained success we are striving for.

Cook said the chance to lead a football club such as Carlton was an opportunity that simply could not be ignored.

“When Luke presented this opportunity to me, he did so with a clear vision – to make the Carlton Football Club a benchmark in striving for high performance in all areas – the chance to help achieve that for a club with such a massive supporter base, with unmatched passion, this decision was a simple one for me.

“Football clubs are built on its people – its players, coaches, staff, members, supporters and commercial partners – my first focus will be connecting with as many of our people as possible and making sure we are all aligned on how we are going push this football club to achieve the success it is striving for.

“There is no doubt that is going to take a lot of hard work, from a lot of Carlton people. In my experience though, there is absolutely no better feeling than when a group of people come together for one common cause and achieve the ultimate success.

“That thought should get every Carlton person excited for what lies ahead for their football club and we are going to share that experience every step of the way together.”

In addition to his unparalleled reputation as a sports administrator, Cook was also a talented sportsperson.

He spent time with Hawthorn and Melbourne during the 1980s before playing for Subiaco and East Perth in the WAFL, with his talents also extending to the ring where he was named a golden gloves boxer.