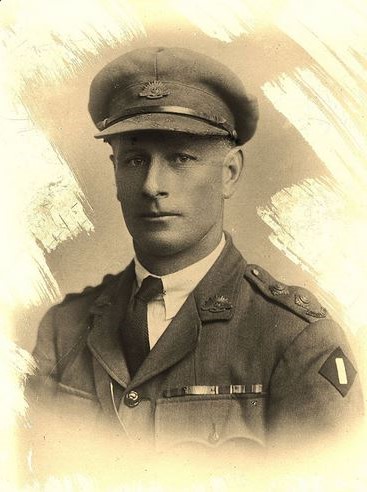 Between 1899 and 1902, more than 12,000 young Australians and New Zealanders enlisted to fight for the British Empire against the rebellious Boer forces in southern Africa. Many of them were bushmen; hardy types bred on the land who were expert horsemen and crack rifle shots.

Among those volunteers was Charlie Meadway, a 22 year-old promising footballer from Bendigo. He had been born in Dunedin in New Zealand, before moving to Australia with his family at an early age. Although he listed his occupation as a painter, Charlie’s life revolved around horses and football, and its easy to see why the lure of adventure in a foreign land could prove irresistible. Meadway signed on with the 6th Battalion of the Australian Commonwealth Horse in April 1902, but had barely begun training when the Boer leaders surrendered after three bitter and costly years of conflict. With his military aspirations put on hold, Charlie went back to civilian life and turned to football for his major recreation.

In 1906, Charlie turned up at Carlton Football Club, where the club’s secretary Jack Worrall was impressed enough to include the 27 year-old at full-forward in the team to play Fitzroy at Princes Park in the first week of August. Under Worrall, the Blues were building momentum toward a long-awaited Premiership, but on this occasion – like so often in the past – the Maroons came out on top in a low-scoring tussle. Charlie didn’t bother the scorers, and was left out of the team for the remainder of the season.

In 1907, Meadway crossed to Collingwood and added three more senior matches to his resume, then left the big smoke behind to return to the open spaces of central Victoria. By August 1914, he was employed as a station manager at Wangaratta when Great Britain and her dominions – including Australia – declared war on Germany in the prelude to World War 1. For the second time in his life, Charlie saw young men flocking to the recruiting centres, and it didn’t take long for him to join them. He enlisted again in September 1915, and was assigned to the AIF Remount Unit; whose primary task was the provision, upkeep and transport of the thousands of horses vital to the mounted forces and supply lines of ANZAC forces in the deserts of the Middle East.

Charlie was promoted to the rank of Sergeant prior to embarking for Egypt in November 1915, and carried out his duties superbly. By mid-1918, after the ANZAC Light Horse Brigade had written its name into military history with a succession of stunning victories over the Turkish and German forces, Charlie had risen through the ranks to Warrant Officer. Then, on November 11, 1918, Germany signed an Armistice to silence the guns at last, and the huge task of dismantling an army and repatriating thousands of men to their homeland began.

Again, Meadway’s organisational skills came to the fore. He was promoted to 2nd Lieutenant in January 1919, and full Lieutenant the following April. In all, he spent eight months working in the region after the cease-fire, before arriving back in Australia in July 1919.

Perhaps with his appetite for adventure satisfied, Charlie went back to the bush afterward, and disappeared into the obscurity of everyday life. He passed away, aged 82, on January 1, 1962.