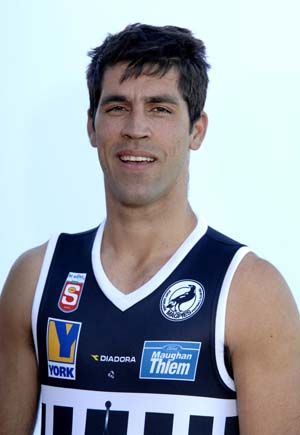 Corey Ah Chee played reserve grade football for Carlton in 1998. In 1999, he played the season for Port Adelaide reserves.

Ah Chee was originally recruited from the Darwin Buffaloes in the Northern Territory. Corey Ah Chee who is of indigenous background, was tough, durable and uncompromising in his approach to the game. Since his SANFL League debut in Round 1, 2000, Ah Chee had missed just four games of football on his journey to 200 games for Port Adelaide during the 2009 season.

"I call myself a Magpie; you have to after 10 years," he said. "But I originally played my first senior football with the Darwin Buffaloes in the NTFL, playing about 40 senior games before coming down to Adelaide." Ah Chee played four years of underage football for the Northern Territory Thunder side, one at under-16 level and three in the under-18s.

Of the many highlights during his career in Adelaide, Ah Chee rates his first league game, State appearances and playing finals football high among them. But in his typical no-fuss fashion, he couldn't place highly his 2003 club best-and-fairest.