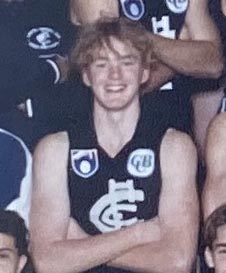 Daniel Hargraves played U/19's and Reserve Grade football for the Blues. But his the timing at the Blues coincided with the conclusion of the club run U/19's football and the inception of the TAC U/19's competetion. The Blues could only keep so many U/19's players on its senior list like Anthony Koutoufides, Ang Christou, Matthew Allan and James Cook. Hargraves hadn't yet turmed 16 and was released back into the TAC Cup where he was recruited by the Western Bulldogs and later Fremantle.

He was originally drafted by the Bulldogs from the Eastern Under 18 side in the Under 18 Victorian Metropolitan Football League with selection 27 in the 1994 AFL pre-season draft. After playing 38 games over four seasons, he was traded to Fremantle in return for selection 18, which was used by the Bulldogs to draft Mark Alvey. Hargraves would play only three games for Fremantle in two seasons before being delisted at the end of the 1999 season.

For the 2000 season, he then moved to South Australia to play for North Adelaide in the South Australian National Football League (SANFL) where he won the Ken Farmer Medal in 2002 as the SANFL's leading goal kicker with 68 goals. Hargraves moved to Port Adelaide Magpies in 2007 and was their leading goalscorer in 2008. He retired from SANFL football at the end of the 2008 season, and signed to play for Nhill in the Wimmera Football League.

Hargraves represented Carlton FC in the 1991 Sunkick competition (see attachment to the right).

Hargraves was originally recruited from Coldstream. 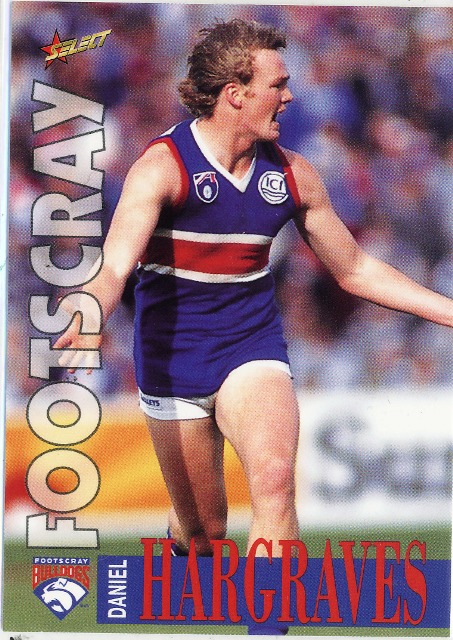 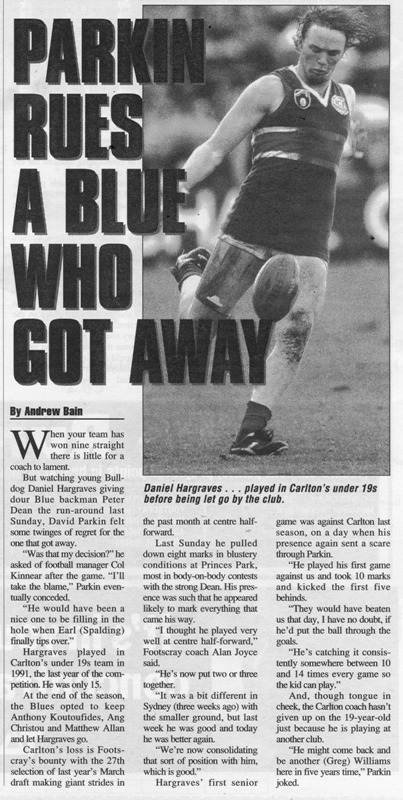 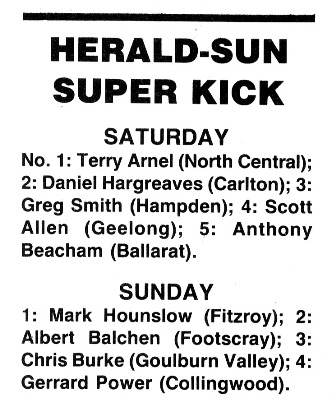