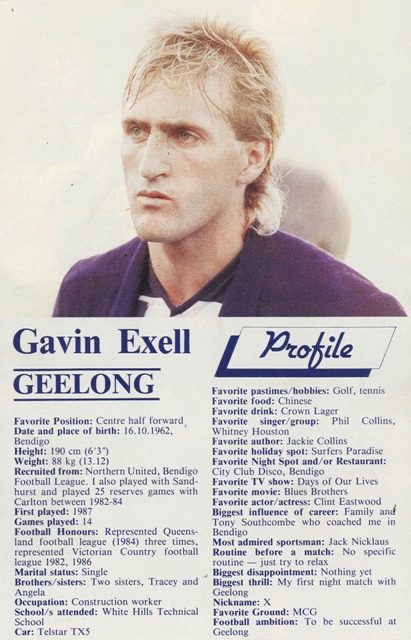 Gavin Exell was a big, blonde, strong-marking forward recruited by the Blues from Northern United in our prize Bendigo League zone. Unfortunately, he arrived at Carlton at precisely the wrong time, and found himself competing for a senior place against the likes of Maclure, Bosustow, Ditchburn, Madden and Ralph. Therefore, he didn’t progress past Reserves level at Princes Park, but Geelong threw him a lifeline in 1987, and he proved to be a handy pick-up for the Cats in 53 senior games that netted him 111 goals (including the 1989 Qualifying Final loss to Essendon).

In May, 1989 at Princes Park, Exell kicked 9 goals in a losing side for the Cats against ladder-leaders Hawthorn. And two years later, in Geelong’s round 5, 1991 clash against Carlton, he booted five majors - sweet revenge against the club that had originally rejected him. After finishing up at Geelong, Exell crossed to Fitzroy in 1992, and played another 5 games that produced 2 goals.

Exell then embarked on the third stage of his career with Heathcote District battlers Stanhope, where he became the competition’s outstanding forward for more than a decade. After switching to the Kyabram District Football League in 1995, Stanhope began a dominant run and won flags in 2000 and 2003. At full-forward in the second of those Premiership triumphs, Exell (by then aged 40) kicked 125 goals for the season, and the Lions finished the year undefeated.

1982 Gavin Exell marks the ball whilst playing with Sandhurst. 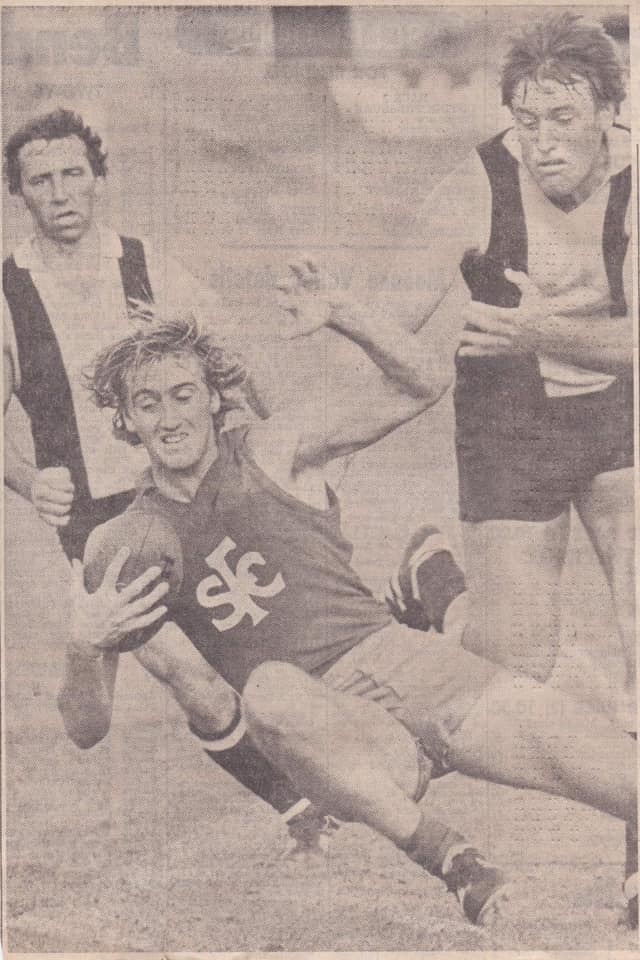