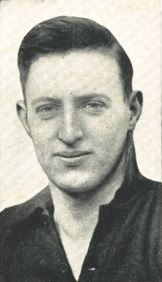 Thankfully, since 1896 only a relatively small number of players have started their VFL/AFL careers at Carlton, and then gone on to greater heights at a rival club. The man who stands at the very top of our list of ‘those who got away’ is Harry Rumney - who left the Blues in 1926 after only a handful of games, and to every Bluebagger’s horror, went on to become one of Collingwood’s all-time greats.

Born in Kyabram, he was recruited at the tender age of 17 from VFA club Brighton in 1925, fair-haired Rumney quickly stood out with his pace and ball-winning ability – to the extent that he was selected for his first senior game before so much as a run with the seconds. He wore guernsey number 15 on debut, sharing the roving duties with another Harry - Harold Carter - when Carlton lost to South Melbourne at Albert Park in the opening round of the season.

In light of later events, the fact that Carlton endured almost constant turmoil throughout 1925 probably sowed the seeds of Rumney’s discontent. During that ragged year, the Blues played under three different coaches and three different captains, while blooding 21 new players on the way to finishing ninth on the ladder. Rumney was one of a few positives, playing 13 matches as a rover or wingman. But after only two more games the next season, Harry walked out on the Blues following a blow-up with his new captain-coach Ray Brew, who was apparently unhappy with Rumney’s inclination to back himself and take opponents on.

As a schoolboy, Rumney had captained Collingwood Technical School’s football team, and barracked for the Magpies. At his brother’s urging, Harry soon contacted Collingwood coach Jock McHale, who told him that he was welcome to train at Victoria Park, but that if he insisted on playing the way he had at Carlton, he wouldn’t be around for long. Rumney did as he was told, became very much more a team player, and didn’t look back.

He made his debut for Collingwood in the first round of 1927, and thereafter was only dropped through injury. Nicknamed ‘Dasher’ for his blistering pace, he spent his first full season at Collingwood as a forward, before McHale sent him back into defence, where he was equally effective as a half-back flanker or back pocket.

Between 1927 and 1930, Rumney played in four successive Collingwood Premiership teams. In 1931 he won Collingwood’s Best and Fairest award, and by 1932 had represented Victoria ten times in interstate matches. His career peaked in 1935, when the Magpies beat South Melbourne on Grand Final day to give Harry his fifth Premiership in the black and white.

Rumney seemed to bid farewell to VFL football in 1936, when he accepted a lucrative offer to captain-coach Northcote, but he lasted only four matches (which were all defeats) before resigning. Therefore, season 1937 saw him back at Victoria Park, with the intention of playing only a game or two to qualify for ten years’ service to the ‘pies. However, after forcing his way back into the seniors in round six, he stayed there, while Collingwood went all the way to yet another Grand Final, only to fall to Geelong by 32 points in Harry’s last VFL match.

When World War II began two years later, Rumney volunteered for service with the Royal Australian Navy, and spent the duration of hostilities working as an Engine Room Artificer (or mechanic) in various ships in Australian waters. He was discharged in November 1945, and returned home to live in East Coburg for many years.

In November, 1987 - only a few weeks after Carlton had beaten Hawthorn for that season's flag, and thirteen years before he was named in the back pocket in Collingwood’s Team of the Century - Harry ‘Dasher’ Rumney passed away, at the age of 80.

Harold Rumney's great nephew Jayden Hunt was drafted by the Melbourne FC with pick 57 in the 2013 National Draft.