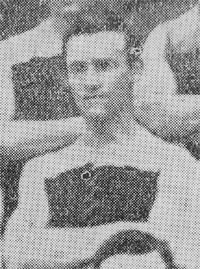 Recruited from Melbourne University, a medical student, Opie played 27 games for Carlton after debuting in Season 1902. Opie also had a run with Prahran, St Kilda and Sandhurst Juniors.

He kicked 3 goals in his time at the Blues.

1907 The Riverine Gazette, July 12, reported on the match between Hay and a representative Sydney team.
Hay won the game and the Gazette said;
"The match was splendidly umpired by Dr. Opie, of Carlton football fame, and his decisions went unquestioned, while he kept the game fast and open."
Jim Opie was a new arrival in the district.

Archelaus Opie and his son Jim provided medical services to the Northern NSW region for more than 50 years. (https://www.gmc.net.au/index.php/news/64-past-doctors-of-the-northern-rivers)
Archelaus Opie MB, FRACS of Lismore NSW was awarded the MBE in January 1971