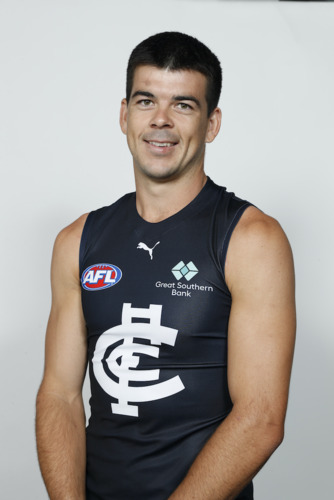 
Matthew Kennedy was recruited from Greater Western Sydney Giants where he played from 2016 to 2017. Kennedy is one of two players from the small town of Collingullie, NSW, along with Harry Perryman to have played AFL for the GWS Giants. They played together for most of their junior career. Perryman was recruited from Collingullie-Glenfield Park Football Club in the Riverina Football Netball League, where he played in consecutive senior premierships in 2014 and 2015. A member of the Giants' academy program, he was drafted by the Giants with the thirteenth selection in the 2015 AFL draft, matching a bid from Richmond. Kennedy made his debut against the Essendon in round 13 of the 2016 AFL season. In an impressive performance, he kicked three goals as the Giants defeated Essendon by a 27 points.

In October 2017, Kennedy was traded to Carlton. Kennedy made his Carlton debut in the opening round of the 2018 season in front of 90,000 spectators, unfortunately for the Blues and Kennedy he rolled his ankle in the second quarter which sadly ended his game for the Blues. Despite further injuries in the year, Kennedy played 12 games for his debut Carlton season as a bit of a yo-yo player - in for a game, out with injury. But 12 games showed when he was fit he could help to support Cripps in the middle.

It was Kennedy's 4th year in the list in 2021 where his value really came to the fore. A long kicking mid with a good eye for goals, the second half of his year had him cemented in to our midfield rotation notwithstanding another sad year for the Blues.