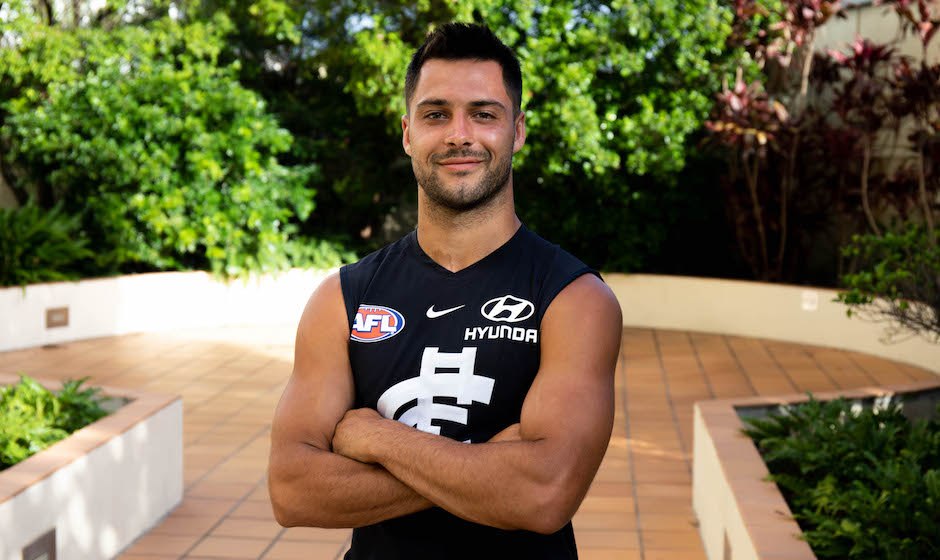 
Michael Gibbons’ story has been well-documented, with the versatile midfield-forward spending the last five years as a consistent, standout performer for Williamstown in the VFL. In that time, the 23-year-old became a dual J.J Liston Medal winner and Norm Goss Medallist in the Seagulls’ 2015 premiership win. A natural ball-winner with great athletic ability and a supreme hunger for the contest, Gibbons has also been named in the VFL Team of the Year in each of the last three seasons. It would have been easy for Gibbons to give up on his dream at playing at the highest level but no one could begrudge of this opportunity that has been presented to him by the Carlton FC, a spot so truly deserved for a man that has just continued to do everything to live his AFL dream.

Gibbons is originally from Coolamon in NSW, he went through the Murray Bushrangers program, captaining the TAC Cup club in 2013 and twice finishing second in the best and fairest. He also represented NSW/ACT at the national Under 18 carnival.

Gibbons has certainly done the hard yards prior to his listing at Carlton with the following accolades, perseverence has certainly paid off;

Gibbons would line up for Round 1, but it would take until our breakthrough win in Round 5 before he would kick his first goal. He would feature heavily in the seniors in 2019 with 21 games, before a further 26 in the Teague years, where indecision over his role in the team - forward or high forward or mid - and strong competition from emerging forward pockets, would see him limited to only a handful of games late in 2021. Ultimately after 47 games in Navy Blues, Gibbons was advised he would not be re-contracted for 2022.

A popular player with the fans, with good either side skills and a knack for goals, Gibbons' 47 games were a testament to his ability and just reward for persistence.

2022 - Michael Gibbons would sign on to play with Yarrawonga in the Ovens and Murray FL.