In a shock start to the season, Carlton lost to St Kilda by 26 points at Princes Park.

Before the match, Carlton's 1906 premiership flag was unfurled by Mrs. J. Urquhart wife of the Carlton Football Club president.

The Argus newspaper led their football reports with the story of St Kilda's triumph in this game, and thought that it might signal "...that the long promised had come at last; that St. Kilda, forcing its way up from obscurity under many disadvantages, had at length a team on which they might stake their faith without being too sanguine."

The defining factors in the game seemed to be the additional bulk of the St. Kilda side, whose average was around 12 stone (about 76 kilograms) plus the lack of preparation of the Carlton team. The Blues had struggled through their pre-season exhibition matches, and being under done was probably an accurate observation, given that the side struggled in the first few weeks of the year. However, the Blues would go on to have a dominant latter part of the season, and finish as Premiers for the second year in a row.

The game started with a strong breeze blowing directly across the ground, which favoured neither side. St. Kilda's better play in the first quarter was a sign of things to come, and they maintained their superiority throughout the whole match - "Carlton were slow in getting away with the ball, and, while this was their notable fault, they were still beaten in almost every point that counts in good football" - The Argus, Monday April 29, 1907.

The Saints deserved their 15 point quarter-time lead, thanks to their defence, with Julian and Renfrey both effectively shadowing their opponents. Barwick, playing as a rover, was also one of St. Kilda's better players in the first term. In the second quarter, Carlton started better and worked their way back into the contest, with two goals to Mick Grace allowing the Blues to narrow the gap to 9 points by the main break. In fact, but for Grace hitting the post with a third shot at goal, Carlton could have been within one straight kick of the Saints by half-time.

Continuing to surge, Carlton came at St. Kilda with great determination at the start of the second half. The Blues’ faithful cheered the side on as it started to look like the premiership team of the previous season, and when Fred Jinks kicked his side’s third goal, the Blues seemed to be on a roll and capable of matching the Saints. But St Kilda rallied, and stopped the comeback in its tracks. First, Matthews goaled with a snap, then Clymo popped through another and Cumberland scored two beauties on the run. By three-quarter time the Saints had extended their lead to a very handy 26 points.

The last quarter was an arm wrestle. Both sides scored 1.2, and the most noteworthy piece of action for the term was an umpiring mistake. Frank Caine took a mark for the Blues and played on, running to within scoring distance of goal, before missing with his kick. To the fury of the St Kilda supporters, the umpire called ‘Silver’ back and allowed him take his kick again, and this time he nailed it. Even in 1907 it seems the umpires weren't immune from criticism, The Argus correspondence "Observer" stating that "with a prospect of many close matches, that an umpire should thoroughly understand not only the wording, but the object of the rules". Jinks, Flynn and Elliott were their team’s best in a surprise 26-point loss for the reigning Premiers, but St Kilda could scarcely have been more impressive.

The first shock of the season of the season on opening day as St Kilda, spearheaded by Vic Cumberland, beat reigning Premiers Carlton. - 100 Years of Australian Rules Football.

At the end of this round Carlton were in 8th spot on the ladder with a percentage of 53.6. 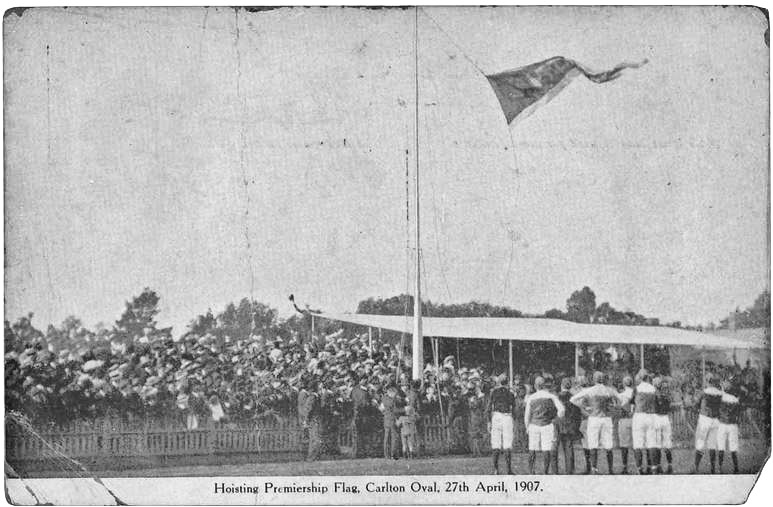 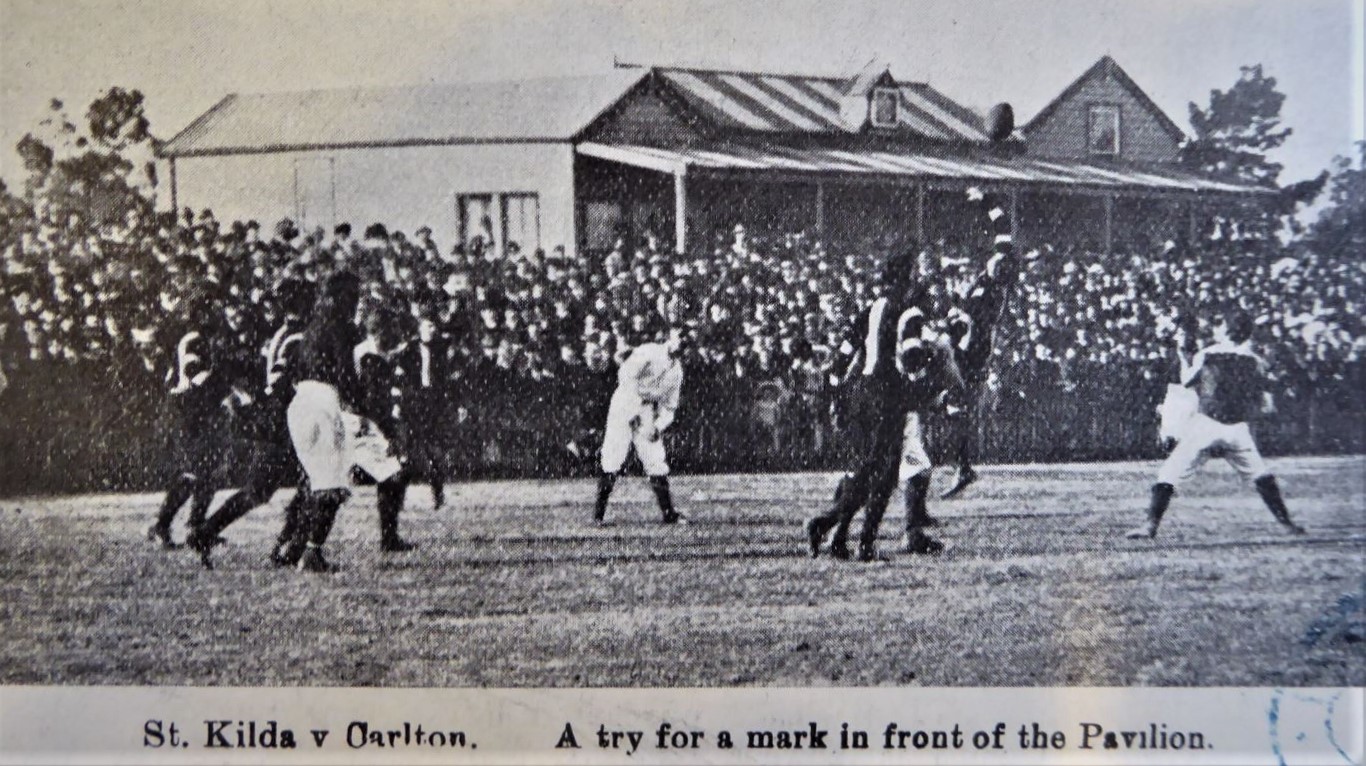