Many Carlton supporters who went to Princes Park this day thought they would see Bruce Doull's 300th game for the Blues, but they were misled. This was in fact Bruce's 297th match, due to a change to how games were recorded in the VFL records. Originally, when interstate games were held at the same time as home & away matches, players selected for their states were credited with a home & away game. Because this was changed and representative games were recorded seperately, Doull's actual 300th game occurred in round 19, 1983 against St Kilda - a 100-point win that was a more fitting result for the great man. For more information on how the Blueseum counts games, click here.

By this stage of the season injuries and a lack of form were taking their toll, with the inclusion of two first-gamers (Graham & Nixon) an example of how desperate things were. This loss to Melbourne meant that reaching the finals, much less 'back to back to back' flags, was almost out of the question. 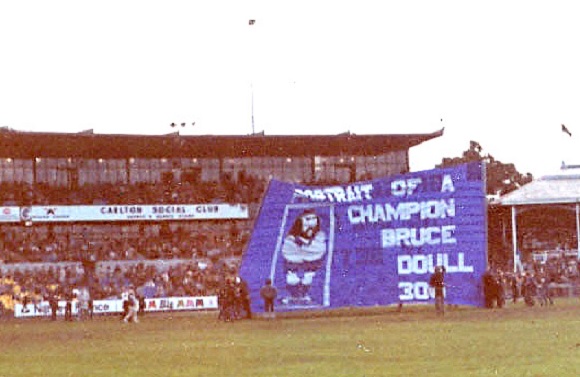 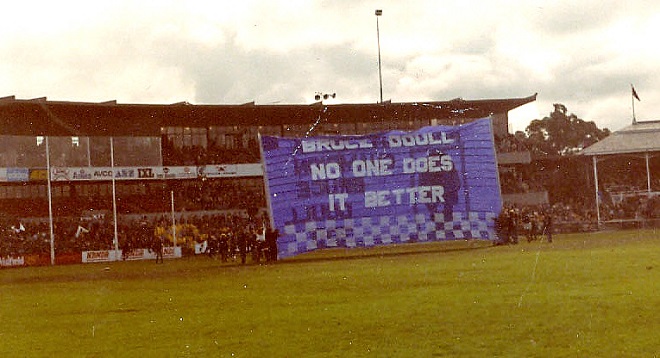