In Mil Hanna's 100th game, Richmond stunned the Blues by running out 3-point winners at Waverley. 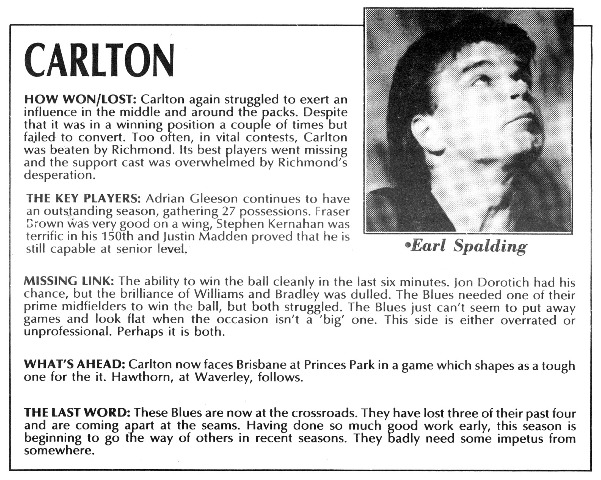 Inaccurate kicking proved costly as the Blues crashed to a shock loss to a lowly Richmond side. Jon Dorotich would have the chance to give the Blues the lead late in the game, but from 10 metres out he stubbed his foot into the turf, resulting in no score (poor 'Dorra' would suffer a similiar fate a year later against North Melbourne, in a Friday night match). 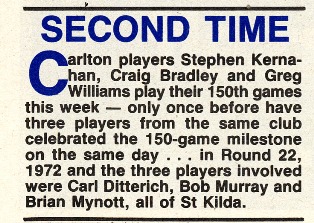