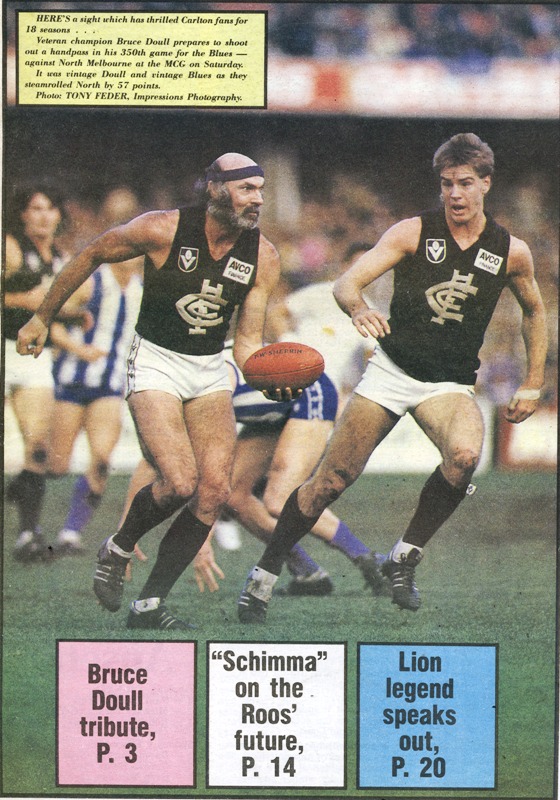 On Saturday the Kangaroos started in scintillating fashion, kicking the first three goals against the Blues. However, in the second quarter, when the crunch came, the Roos had not one player at ground level to match Bernie Evans, Wayne Blackwell, David Glascott and the improved Shane Robertson. The Blues engine room took over and took the game away from the Roos. - Inside Football.

In view of later events, perhaps Blacky should have hit Andrew harder (only kidding).

350 Games: On the day, this game was celebrated as Bruce Doull's 350th match. However, given changes to how the VFL / AFL recognised state games were recognised when a player was called up for State Duty, Doull's 350th was actually recorded in a little later.
100 Games: David Glascott