A few showers of light rain fell throughout the match and made the ball greasy and difficult to handle. In this gripping contest, South led by four points at half-time, and by eight points at the last change, but was held almost scoreless for the last 25 minutes by a resolute Carlton defence. Follower Alf 'Lofty' Williamson starred for the Blues, and steadfast full-back Ernie Jamieson took a soaring match-saving mark in the teeth of Carlton's goal in the last few minutes, to deny the Bloods their last chance of victory.

Both teams were equal on 6 points and in second place on the ladder after this game - 2 points behind the only undefeated team, Collingwood.

At the end of this round Carlton were in 2nd spot on the ladder with a percentage of 112.5. 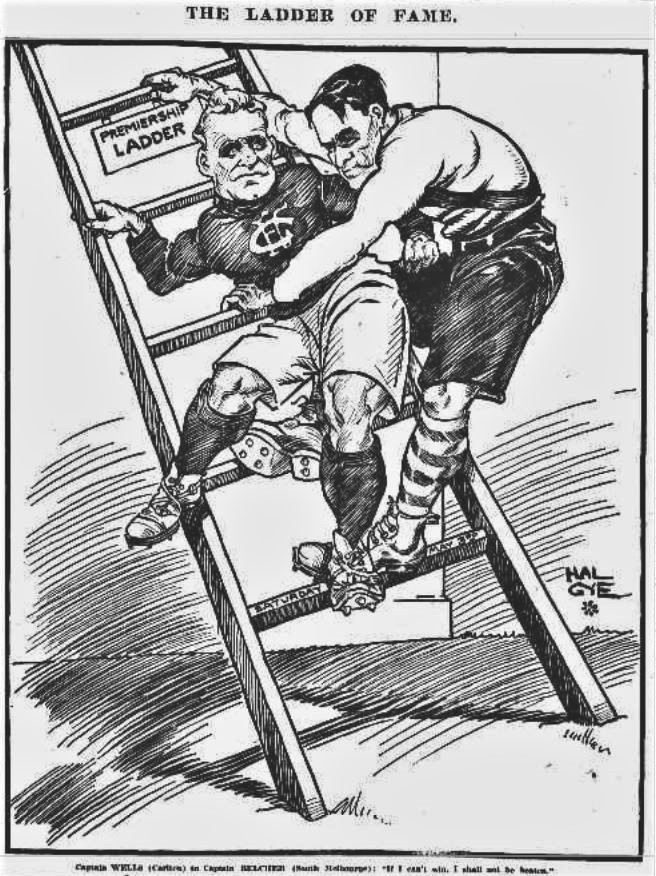