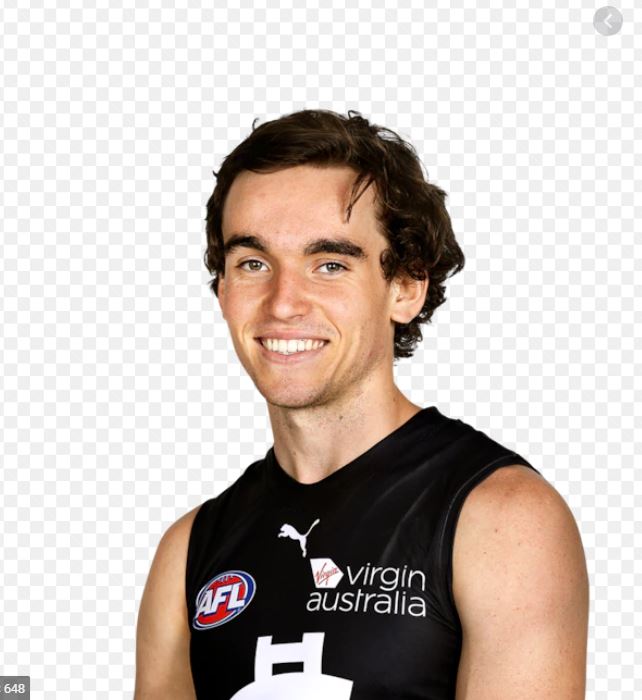 Pace to burn. That is the best way to describe new Blue Sam Philp, who was selected by Carlton with pick No.20 in the 2019 NAB AFL Draft. The Northern Knight will swap Preston City Oval for Ikon Park in 2020 and beyond after bursting onto the scene late in the season. Overlooked for Vic Metro selection, Philp forced his way into the eyes of recruiters with an impressive run of form in the NAB League. He ended the year as the Brent Harvey Best and Fairest winner at the Knights. A midfielder who doesn’t stop working, Philp - who averaged just shy of 20 disposals for the Knights - can also hit the scoreboard, as he showed with nine goals from his 16 games. However, the exclamation mark came at the national combine in October. Pitted against the country’s best young talents, Philp recorded the fastest time (2.867 seconds) for the 20-metre sprint.

“Sam is an inside midfielder who had a really promising back-end to the year for the Knights: his big point of difference is his pace,” General Manager List Management and Strategy Stephen Silvagni said. “He knows how to use his speed to burst away from congestion and his tackles stick. He tested really well at the draft combine, posting a really good result in the Yo-Yo test to go with his 20-metre sprint time. “Sam is a local boy in the sense that he’s from the northern suburbs — we’re looking forward to him working with our coaching staff and building on his strengths.”

Philp was recruited from TAC Club the Northern Knights, prior to that he played with St Mary's in the Yarra Junior FL.

Philp managed to play 2 senior games in his debut season in 2020, in which he showed enough to be nominated by his teammates for the AFLPA Best First Year player award.