Richmond steamrolled Carlton by 40 points in front of a record crowd at the MCG. Nicholls and Crowe clashed in a notorious finals incident.

Richmond, fielding a team with no finals experience at all, knocked over the Blues by 40 points in front of a record crowd at the MCG. Tiger forward Royce Hart proved too good for an unfit Wes Lofts and kicked six goals, while Carlton vice-captain John Nicholls was the centre of a controversy after the match.

During the third quarter, Nicholls reeled out of a pack holding his face, and field umpire Peter Sheales promptly reported Richmond ruckman Neville Crowe for striking. At the tribunal, Crowe was found guilty and suspended – ruling him out of the Tigers’ Grand Final team. It was Crowe’s first report in his 151 game, 11-season career. Amid accusations of staging and poor sportsmanship by Nicholls, this incident stoked ill-feeling between Richmond and Carlton for many years afterward. 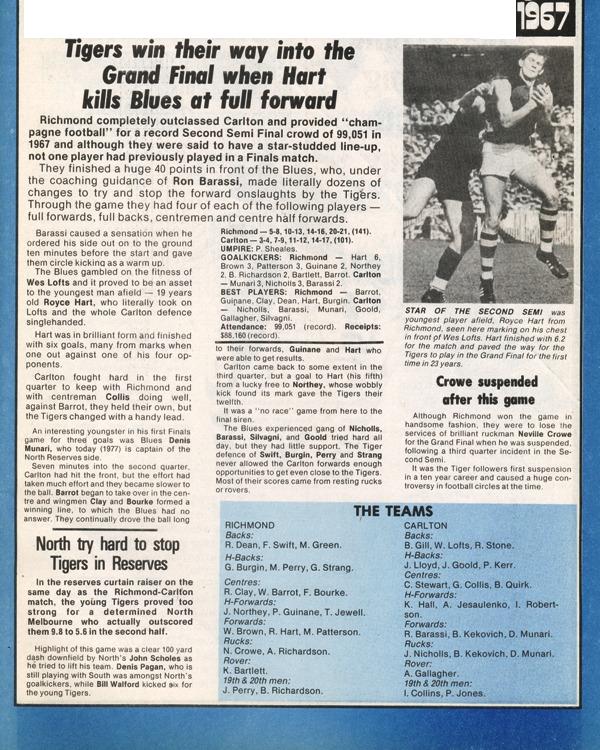