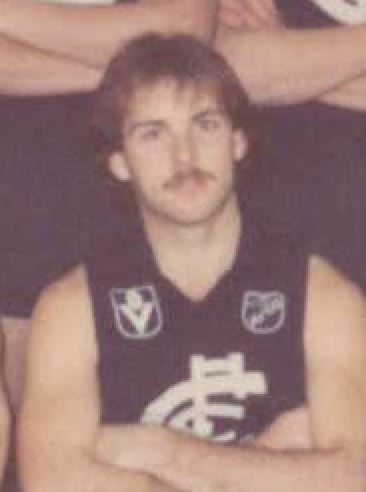 Terry Dean was recruited from the Blues local zone Montrose, he came up through the U/19's (1979 to 1981) to later play Reserve Grade Football from 1981 to 1983 for the Blues. Terry Dean played in the 1979 premiership with his older brother Robert Dean, they both started the game in defence and were named in the best players for the Blues.

He was member of the U/19's premiership in 1979 which was under the guidance of former Carlton premiership winger Bryan Quirk.

In 1981, Dean would win the U/19's Best and Fairest for the Blues, he would back this fine performance up the following year when he was runner-up in 1982 playing off the half-back flank for the Blues.