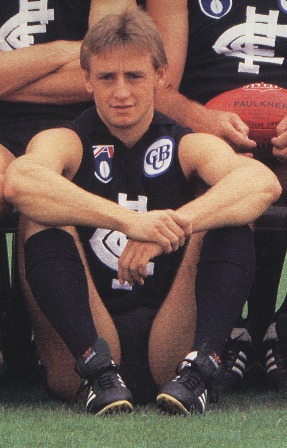 Anthony Loone was given a chance at the Blues after being selected at pick 82 in the 1988 National Draft. He was a lightly built centreman / ruck-rover recruited from Northern Tasmanian club Deloraine. He won Deloraine's best and fairest in the 1988 season. Loone played the 1989 and 1990 seasons at Carlton, he later played for VFA Club Coburg after his two year stint with the Blues. Whilst at Coburg he would play 29 games and kick 16 goals with the Lions.