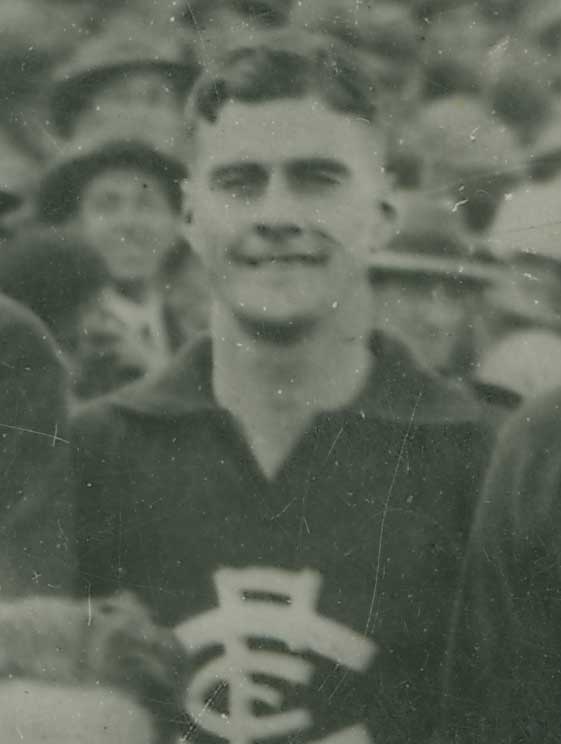 Although he was born in Carlton in 1906, Ernest Richard Glenister Sheil was living in Ballarat some 20 years later when he enrolled to study medicine at Melbourne University. While there, he also played some eye-catching games for the fabled University Blues, and it wasn’t long before he was discovered by scouts from the Carlton Football Club. During the next year, Sheil went on to play seven matches for Carlton – the last of them on the day after his 24th birthday – and never experienced defeat.

Sheil played his first senior match (wearing guernsey number 8) in round 3, 1929 against Hawthorn at Princes Park. Stationed in a back pocket to mind the Mayblooms’ resting ruckmen, he celebrated a 38-point win. He kicked his first goal from a half-forward flank the following week against Geelong, and by season’s end, had racked up six matches and three goals – although he wasn’t selected in either of the Blues’ finals teams. Richmond ended Carlton’s flag aspirations in the Preliminary Final, only to be then beaten in turn by Collingwood in the Grand Final.

Sheil’s seventh and last match in navy blue came in the opening round of 1930, when Carlton travelled to Windy Hill and knocked over Essendon by seven points. He then announced his retirement from VFL football - perhaps because of the demands of his studies. Later in the year however, he made a brief comeback at Hawthorn where he played five more matches. His family has since revealed that he never let on that he had even played for Hawthorn, but that he was very proud of his time with Carlton.

Equally as important, all of his children and grandchildren grew up to be proud Carlton supporters. One of his team-mates at Carlton was Harry 'Soapy' Vallence. At a club function in the 1980's, Soapy asked Ernie's daughter about him, and talked fondly of their playing time together. Ernie died in December 1970 after a brave fight with cancer. Unfortunately, due to the era he played in, photos of him in his football gear are rare.

Blueseum Note
Additional information relating to Ernie Sheil has been provided by his family.