1879 Returned to East Melbourne during the season. 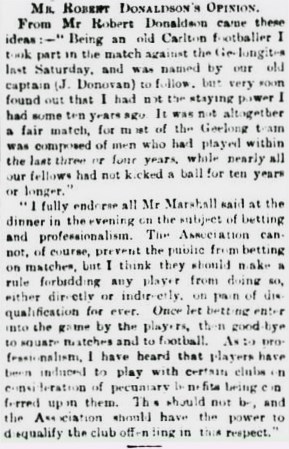 Could be Bob Donaldson, who was referred to in an article in the Melbourne Punch July 10 1890 (p10) attending a farewell to Robert Robertson prior to Robertson going on an overseas holiday to Europe and North America.